It was a warm scene Tuesday night at the annual Capitol Hill Staff Homebrew Competition award ceremony. Hosted by the Brewers Association (BA) and American Homebrewers Association (AHA), a sea of suits and name tags filled the Longworth Cafeteria in Washington, D.C., in anticipation of the third annual competition results and in recognition of the night’s celebrities: Capitol Hill staffers and employees.

Despite deep divides between and within the political parties, here was a vast crowd of lawmakers and political staffers from both sides of the aisle harmoniously clinking glasses in the name of beer.

“This competition is a great example of how beer is bipartisan and brings people together,” said AHA director Gary Glass.

The champion of this year’s Annual Capitol Hill Staff Homebrew Competition was Pierce Wiegard and David Pigue of Senator Dan Sullivan’s (R-AK) office, who entered a black IPA. Full results are available at the end of this article.

AHA founder Charlie Papazian and director Gary Glass were on hand to issue the coveted award just a few days before celebrating the 40th anniversary of the association. “This is the type of brewing battle we like to see on Capitol Hill,” said Glass to the crowd.

The AHA and BA launched the Capitol Hill Staff Homebrew Competition in 2016 to help promote the American pastime of homebrewing and to highlight the symbiotic relationship between small and independent craft brewers and the hobby-brewing culture. Since then, the competition has raised awareness of antiquated legal issues homebrewers face in states across the country.

While homebrewing is legal in all 50 states and has been federally legal in the US since 1979, draconian state alcohol codes dating back to Prohibition still restrict homebrewers. For example, it is not legal in some states for homebrewers to transport their homemade beer out of the home. In other states, licensed facilities like breweries are not allowed to possess and/or store homebrew. Such restrictions can make it difficult for homebrewing communities and homebrew clubs to thrive. 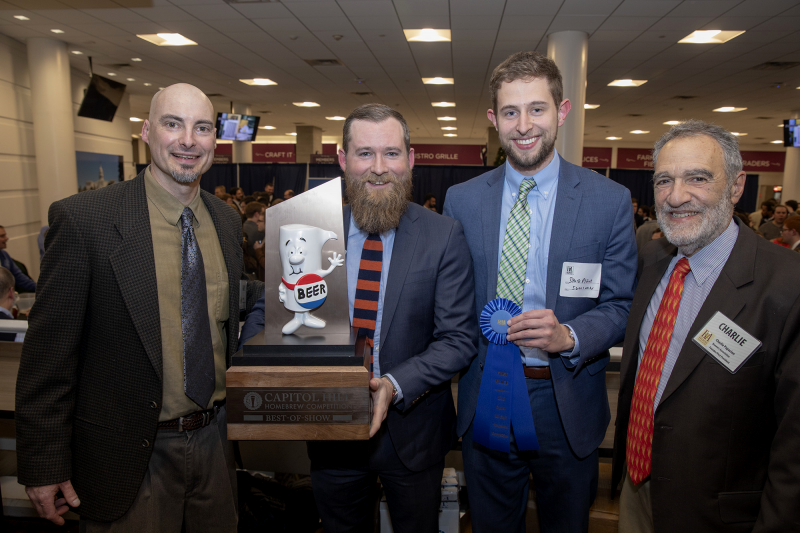