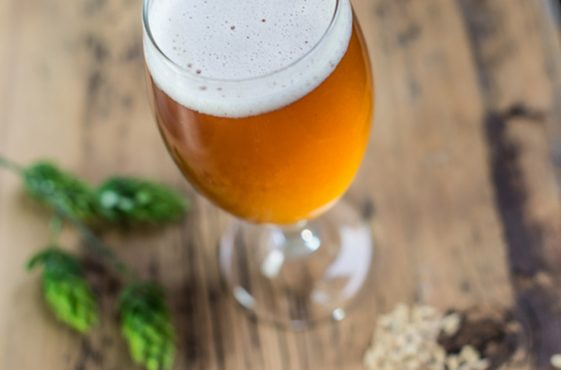 This recipe is featured in the March/April 2019 issue of Zymurgy magazine. Six issues of Zymurgy magazine are published annually and are included in American Homebrewers Association (AHA) membership. Check out all the benefits our members enjoy.

This is a great recipe that I’ve come back to a couple times and brewed in multiple ways. Anytime you need a good drinking beer, this is a go-to, and it is usually affordable. It’s modeled after one of Ghostfish Brewing Co.’s most-awarded flagships, Grapefuit IPA.

Zero Tolerance members demonstrated this beer for a seminar and club night at Homebrew Con. I wanted a recipe that people would find difficult to distinguish between all-grain and extract, but would still be easier to source than other gluten-free recipes.

The toughest part is getting around the flavors that sorghum produces. Many claim to taste a metallic or chlorophenolic “twang” when they try sorghum beers. That is why we rely on grapefruit-tasting Yakima Valley Hops Experimental Grapefruit hops and, optionally, grapefruit peel. By leaning into the flavor distance, we’re making something undesirable desirable.

This recipe tastes great with the zest of one grapefruit in secondary. Just soak the zest in vodka while primary fermentation takes place and add the entire tincture to secondary along with the dry hops.

Copy and paste this URL into your WordPress site to embed

Copy and paste this code into your site to embed