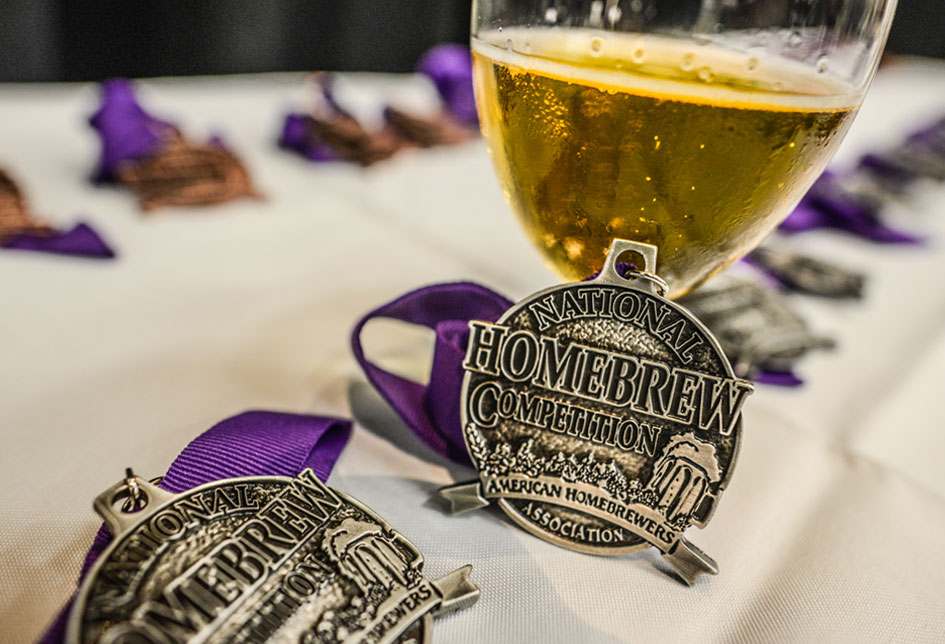 Register for Homebrew Con 2020 in Nashville!

The Samuel Adams Ninkasi Award is among the most coveted titles in the National Homebrew Competition (NHC).

Named in honor of the Sumerian goddess of beer, the Samuel Adams Ninkasi Award is given to the entrant who receives the most points based on the number of gold (6 points), silver (4 points), and bronze (2 points) medals won in the Final Round of the National Homebrew Competition.

There have only been 22 Ninkasi Award winners since 1992. Think you want to add your name to the list? Start out by learning some tips from homebrewers who have won this award in the past!

The 2015 BJCP Style Guidelines added several new styles, so it’s complete now, right? Not so fast! New styles continue to be created and evolve, while historical styles are rediscovered and gain new interest. Join Gordon Strong, principal author of the BJCP Style Guidelines, in an exploration of new and old styles not in the guidelines. Recipe formulation, brewing information, and style descriptions are covered.

Join 2017 Ninkasi Award winners Father Jeff Poirot and Nicholas McCoy as they discuss what it takes to bring your brewing skills to the next level and win homebrew competitions. This seminar includes an in-depth look at McCoy and Poirot’s approach to brewing processes, equipment, and recipe formulation.

3. In It to Win It: Tips, Tricks, and Strategies for Competing Your Way to Better Beer

With great beer comes great awards! Learn how homebrew competitions can improve your beer and ultimately make you a better brewer. Find out how to maximize your chances at winning gold from two highly successful competition brewers who have a history of going against each other, tooth and nail, to the bitter end!

4. Regional American IPA: What’s Up with All the Crystal Malt?

This seminar discusses the differences among East Coast, West Coast and Midwest American-style IPAs. We compare and contrast each variation and show recipe examples highlighting the differences. The panel includes professional brewers from each region discussing their area’s customer preferences and where they see the market trending for IPAs.

Also watch Sangster on the panel Taking Homebrewing to the Pro Level, From Concept and Design through Opening (Homebrew Con 2015 in San Diego, CA).

5. Using Tannic Acid to Clarify and Stabilize Your Brew

Mentioning the word tannin to a brewer usually brings up negative connotations of haze, astringency, and flawed processes. In fact, the world of tannins is a large and complex one, and certain citizens of this world can deliver positive attributes to your brew. Formanek discusses how to use tannic acid to clarify beer, extended shelf life, and even (if desired) stabilize cloudiness.

Homebrew Con attendees brought their toughest questions to this panel discussion with renowned homebrewers Jamil Zainasheff, John Palmer, and Mike “Tasty” McDole. This seminar includes many not-so-common questions, so tune in to learn a thing or two while seeing if the experts were stumped!