Whether you own a kegerator, are building a home draft system, or simply want to know what’s going on behind the scenes when the bartender pulls a pint of your favorite IPA, it’s nice to understand how beer gets into your glass.

So we’ve broken a typical beer faucet into its component pieces to show you how the magic happens. 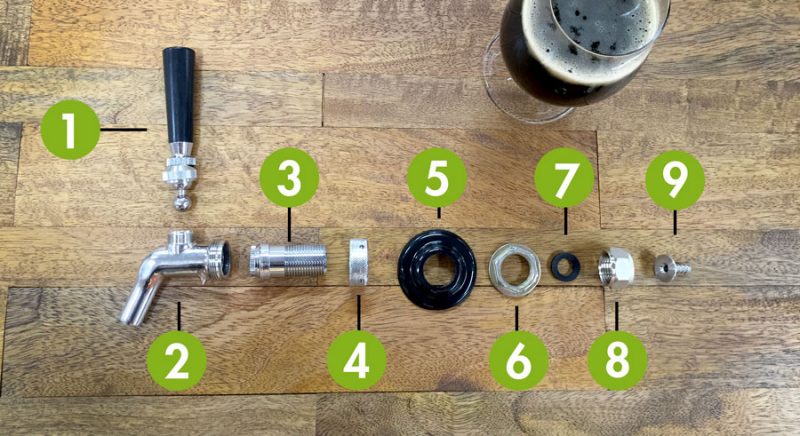 So there you have it—the inner mysteries of the beer faucet revealed. Armed with this basic knowledge and a couple of wrenches, you have everything you need to assemble and disassemble your own faucet. Cheers to that!

Dave Carpenter is editor-in-chief of Zymurgy magazine and author of The Illustrated Guide to Homebrewing. He is an avid homebrewer, an inquisitive traveler, and, despite his surname, an ineffectual woodworker. Dave lives in Fort Collins, Colorado, with his wife, two cats, and countless unfinished projects.