This holiday season while you’re watching grandma make her Christmas pudding or strategically removing chunks of your kid’s gingerbread house, think about which spices would work best in your next winter specialty spiced beer, also called Christmas beer.

If you’re ready to get right to brewing, start browsing through winter specialty beers in our online beer recipe archive!

The key to a great Christmas beer is having a bold base style to stand up to the show-stealing holiday spices. Cinnamon, clove, ginger, nutmeg—all have very strong flavors that need a dark, roasty malt counterpart to offer balance. Lighter-colored malt bills can work well, but generally you’ll find dark, classic styles as the base. Old and strong ales, browns, Belgian dubbels, even stouts and porters will compliment the carefully combined holiday spices. Strength will vary depending on the base style, but some alcohol warmth is expected in these winter beers.

Hops can be artfully worked in, but usually with restraint. Too much bitterness may not jive with the spices, so leave it to the specialty malts to lead the way. If pursuing more hop prominence, consider hop varieties that capture the essence of the holidays and will be complimented by the spices. 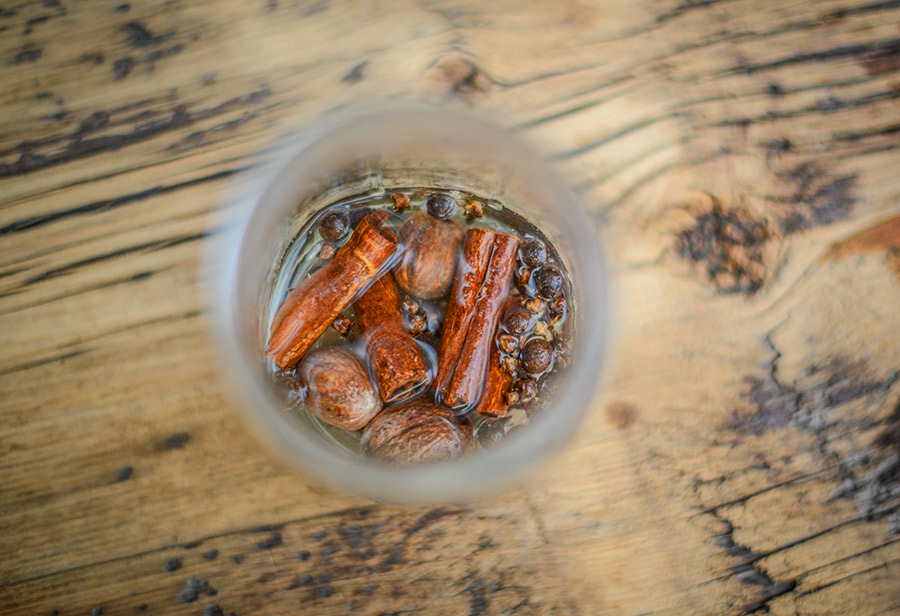 Cinnamon, Ginger and Nutmeg, Oh My

Think of all the spices and other brew-worthy ingredients you use while cooking during the holidays. You have the usual suspects as previously mentioned—cinnamon, clove, ginger, nutmeg—but there is also vanilla, orange and lemon zest, brown sugar, fruit preserves, honey, star anise, maple syrup and dark dried fruits. Sure you could use everything but the kitchen sink, but start simple and build up a spice profile that is well-balanced and not overpowering. Ingredient combinations in tried-and-true holiday dishes are a great starting point, and you can always tweak  your recipe from there.

To get an idea of what to expect in your homebrew, start by grabbing a few bottles of styles that would work well as a base for a winter spiced beer. Either in a tea bag or just thrown in as-is, add the spices in small amounts to the beer and find out good proportions for the spice combination. Notice how quickly the spices can become too overpowering, and which only need a pinch and which a spoonful.

This is not a precise way to measure the ideal amount of spices for homebrew, but you can at least see what works well in general amounts and have a holiday cocktail along the way. ‘Tis the season! 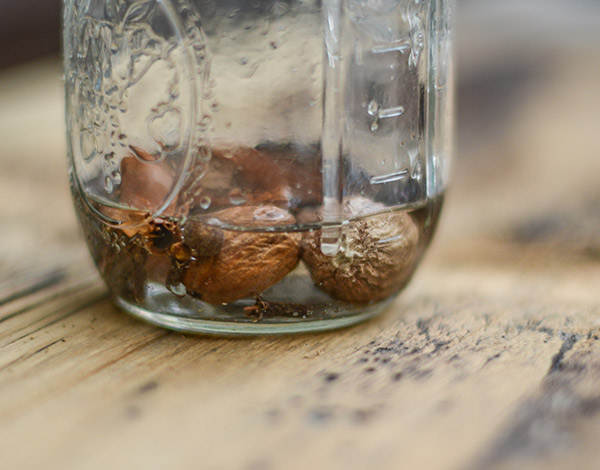 Place the spices in a small bowl or jar and add enough high-proof alcohol to cover the spices. The alcohol will extract the flavors while also acting as a sterlizer. After a few weeks or more, strain the liquid and add to beer to taste.

Spices can be added at any point of the brewing process. The last minutes of the boil are common, as well as primary, both of which may blow off some of the flavor and a fair amount of the aromatics. It is also common to buy or make homemade spice-extract to add during secondary or at bottling. Using extract allows for a greater degree of control over the final flavor profile, as you can add to taste.

There may not be enough time to create an extract for Christmas, but you can try adding raw, whole spices to a keg for a holiday twist on homebrew you have already prepared.

If you want to experiment to see what spices work well and have a decent drink along the way, try making “mulled” beer. Warm mulled cider, eggnog and cold mulled wine are popular winter holiday beverages, but mulled beer has been somewhat lost in recent history.

Mulled beer is traditionally an American beer-cocktail, similar to flip. Simply take some of the spices mentioned above—maybe even an egg and some rum—add them to dark, strong beer that has been heated near to a boil and serve hot. If you want to get fancy, carefully pour the hot liquid back and forth from a distance to whip it up.

Mulled beer is a perfect cold-weather beverage. The same can be done with cold beer, but you may not capture as much of the flavor and aroma as quickly, and you’ll probably want to leave out the egg.