A number of changes have been made to the registration process for the 2014 National Homebrew Competition, with the goal of maximizing the number of American Homebrewers Association (AHA) members that can participate in the competition while reducing the stress of the first come, first served registration process of previous years. Read on to learn more about these changes.

Registration for this year’s AHA National Homebrew Competition (NHC) will be different than previous years. To avoid the time-sensitive nature of the first come, first served model of past years, the 2014 competition will have an open registration period from Monday, January 27 through Sunday, February 2, during which members of the American Homebrewers Association can register for the competition. The time at which registration is submitted will have no influence on registrants, so there is no need to sign up as soon as registration opens, nor any value to waiting until the last minute.

Registration will be open only to AHA members this year. Members will need to know their member number and the email address associated with their membership in order to register. Registrants will want to be sure their contact information, including email, address and phone number, is up to date on their member record prior to registering, as this is the information that will be used for their competition registration. Member contact information can be found by logging in to HomebrewersAssociation.org. (Members experiencing difficulties logging into the website may contact AHA Member Services at info@brewersassociation.org for assistance.)

During the open registration period, AHA members can access the online NHC registration form via HomebrewersAssociation.org. Registrants will need to provide their member number and email associated with their membership. Registrants will need to indicate how many entries they would like to submit to the competition, up to a maximum of six entries. Specific entry information, such as style, beer name, etc., is not necessary at this point. Registrants can select a primary judge center that they are most interested in entering, as well as any alternate locations that they would be willing to send their entries to should their primary choice not be available. Selecting alternate locations may improve the chances for getting entries in, but registrants should not select any locations to which they would not actually send entries. 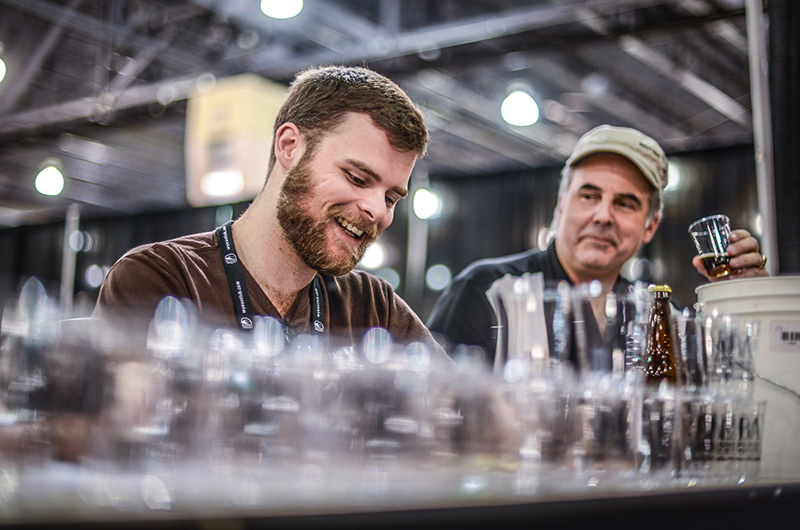 While the AHA will strive to accommodate as many entrants as possible, the competition is limited to a total number of entries based on a cap of 750 entries per judge center. With 12 judge centers this year, an increase from 11 in 2013, that means a maximum of 9,000 total entries can be accepted in the 2014 competition. With more than 40,000 AHA members, it is possible that not every registrant will be accepted into the competition. Though there is a maximum of six entries per entrant in this year’s competition registration, the actual maximum number of entries per entrant generated by the selection process could be fewer than six entries.

Editing and Paying for Entries

The AHA will notify registrants of their entry status by email between Monday, February 10 and Wednesday, February 19. Upon notification, registrants will have three days to pay for the entries that were accepted into the competition. Payments will be taken and processed via credit card through the online competition system. Entrants can also update/edit their entries (though they will not be able to add or delete any entries) once notified that their entries have been accepted into the competition.

Once payment on accepted entries has been made, entrants can then print bottle labels. Entries should be shipped to arrive at their designated shipping location March 10-17. Judging will take place in late March and in April, depending on the judge center.