Link to Facebook Link to Twitter Link to RedditLink to Pinterest
Combining a homebrew shop with a brewery makes perfect sense and creates a fun and inviting atmosphere for everyone. Homebrewers can get inspired by creative tap lists, grab a new brew, and turn a shopping trip into an experience. Plus, brewery-shop combos make homebrewing a social event where brewers can chat about their latest creations over a pint. Having a brewery and/or a taproom as part of the business also welcomes those who don’t (yet!) homebrew, offering a no-pressure introduction to our beloved hobby. These shops remind us what it’s all about—creating great beer and having a good time while doing it! 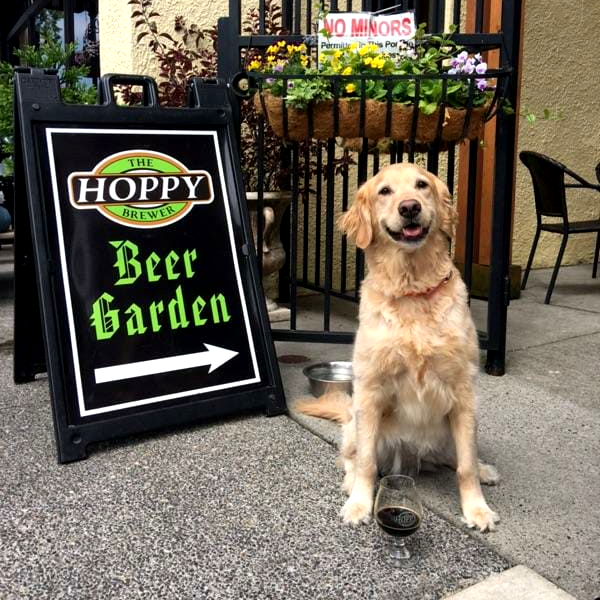 AHA Member Deal: 10% off regularly priced purchases (to-go beer excluded). Steve Krause opened The Hoppy Brewer when he decided his town of Gresham, Oregon, needed a homebrew shop (the closest store was 30 minutes’ drive away). Along with the homebrew store, he opened Krauski’s Brewskis, a nanobrewery producing everything from Mexican ales to triple IPAs. It doesn’t just stop at the brewery and homebrew store, though. There’s also a taproom with 28 rotating taps, a bottle shop with hundreds of beers from around the world, and a 1,000-square-foot (93-square-meter) outdoor beer garden that’s covered and heated during the cooler months. Taps include neighboring Oregon breweries—Ninkasi Brewing Company, Boneyard Beer, and Wild Ride Brewing are regulars—as well as national and international hotspots such as California’s Firestone Walker Brewing Co. and Colorado’s Great Divide Brewing Co. As if all that wasn’t enough, there is always something going on in the taproom, including beer tastings with different breweries every Thursday and live music on the weekends. Krauski’s Brewskis is also home to the Gresham Mashers, a local homebrew club that meets there monthly. krauskisbrewskis.com; oregonshoppyplace.com 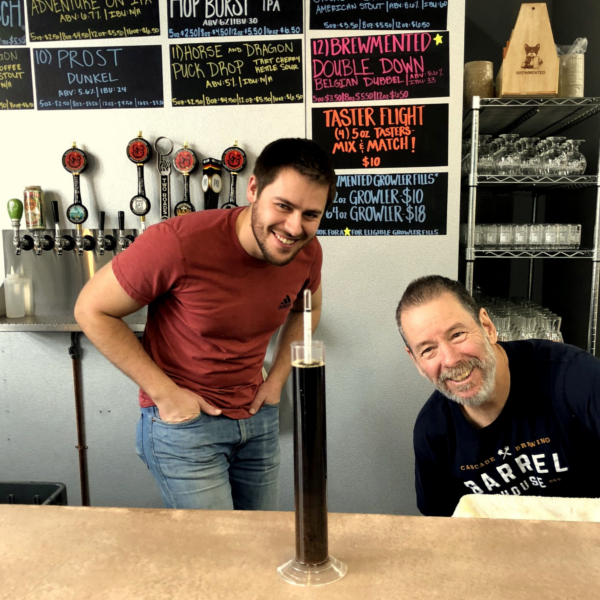 AHA Member Deal: Happy hour all day & 10% off homebrew shop purchases. The small-batch beers produced at Brewmented highlight the wide range of ingredients available at the homebrew store and show off what beer can be. Pink is the New Pale is a West Coast–style pale ale brewed with Centennial, Cascade, Loral, Palisade, Simcoe, Mosaic, and Citra hops. The Blackout Rye Porter is brewed with rye malt and flaked barley for a smooth mouthfeel. The taproom serves as a hub for the entire community, homebrewer or not. Paint and pint classes, monthly meet-the-brewer nights featuring guest brewers, and trivia nights are just a few of the happenings. It’s a place not just for having fun and drinking good beer, but for learning as well. There are free learn-to-brew classes, and a variety of knowledgeable guest speakers present on everything from beer history and sensory evaluation to beer and cheese pairing. One special goal of co-owner Bill Campbell is to create an inclusive environment, especially for women. He’s done this by hiring women who love to homebrew, hosting free events for women who want to learn to brew, and teaming up with local female beer groups, including Barley’s Angels, Ales for FemAles, and the Pink Boots Society. brewmented.com 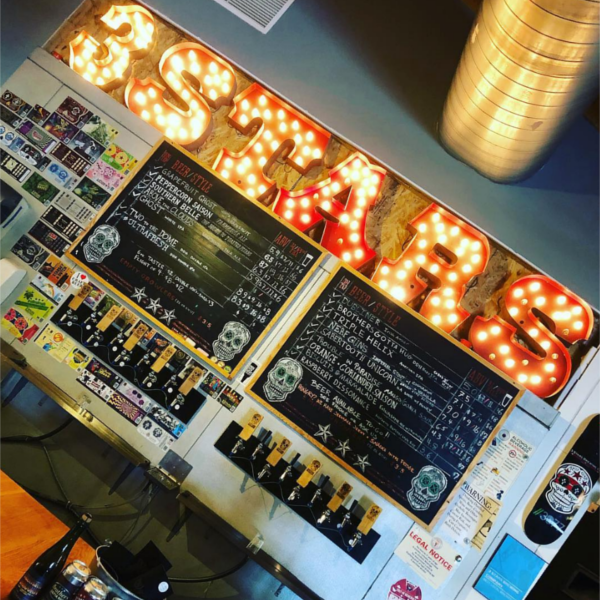 AHA Member Deal: 10% off homebrew ingredients, supplies, and 3 Stars merch (excludes beer). The goal of the DC Homebrew Shop and 3 Stars Brewing is to bring local, handcrafted beer to the Washington, D.C., community. Longtime friends Dave Coleman and Mike McGarvey started as homebrewers and wanted to create a spot where people can buy everything needed to homebrew, something that had been nonexistent in the District of Columbia. The brewery, which offers free tours to the public, brews an eclectic lineup. Recent house-made beers have included an imperial brown ale with toasted pecans, a peppercorn saison, an imperial porter aged on coffee beans in a rye barrel, and a double Dutch chocolate stout. In the Urban Farmhouse Tasting Room, you’ll find 18 rotating taps and guest taps during special events. On Saturdays, people enjoy beer and food pairing with bites from local food trucks. Additional seating inside the brewing facility offers games to play while enjoying the beers. The space is even available for hire as a unique venue in the Northwest D.C. area. There is a wide variety of events happening in the taproom and around town, including yoga, beer fests, beer dinners, live music, and more. 3starsbrewing.com 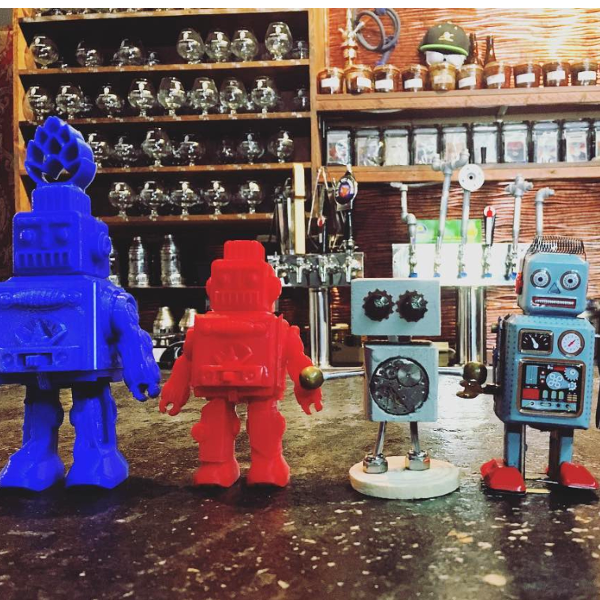 AHA Member Deal: $1 off first beer & 10% off homebrew shop purchases. The Quixotic Lounge is where the action takes place at Robot Brewing. Creative events include poetry and short fiction readings, storytelling slams, live music, and karaoke. The beer list isn’t limited to Robot Brewing; a wide variety of guest beers, including gluten-free options, are also on offer, as well as mead, cider, wine, and even hookah. The food menu delivers ideal pub grub for sharing among friends and enjoying with beer. Savory options include chicken quesadillas, chips and salsa, warm pretzels with house-made beer cheese, spinach and artichoke dip served with tortilla chips, a variety of flatbreads, and a spicy grilled cheese served on garlic bread. People can also grab a beer in the intimate taproom inside the homebrew shop. Some Robot Brewing beers take inspiration from the culinary world, such as the It Burns When I Peach, which is brewed with peaches and roasted New Mexico Hatch chilies, and Random Access Memory Stout, with notes of coffee and raisins. Other beers include a German-inspired dark wheat ale with a sweet and malty base, a funky sour farmhouse IPA, and an imperial oatmeal stout with a silky mouthfeel. robotbrewingco.com 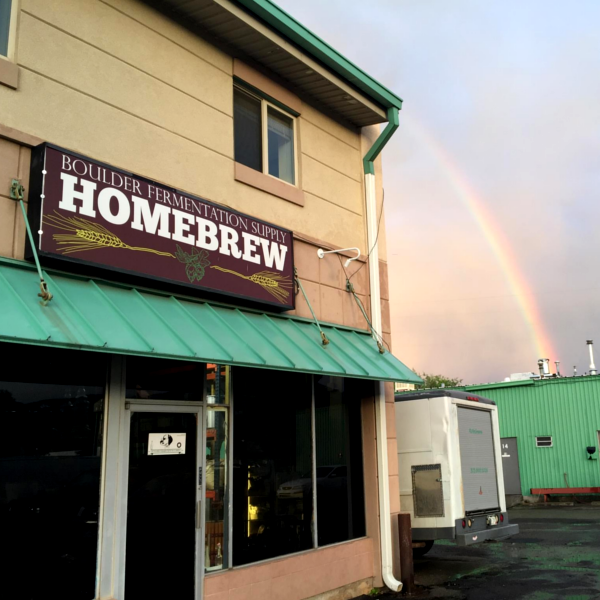 AHA Member Deal: $1 off pints, 10% off brewery merch and growlers & 10% off homebrew shop purchases. The idea for VisionQuest Brewery in Colorado was born when Boulder Fermentation Supply owners Adam Kandle and Greg Kallfa wanted to give their customers a taste of the great beer they were creating. Located right next door to the homebrew store, the nanobrewery cranks out innovative beers that are anything but ordinary. Maginta is a bottle-conditioned sour ale brewed with beets and ginger and aged in wine barrels, and Heliology is a bottle-conditioned smoked golden sour ale aged in oak barrels with chipotle peppers and sea salt. The rotating tap list has the brewery’s creations and something for every beer fan. The Single Hop Norwegian IPA is made with Norwegian kveik yeast, the gluten-reduced Squeez-It 2 is a Berliner weisse brewed with raspberries, and Dark Alley is a Belgian dark strong ale with date sugar and Trappist yeast. In addition to great beer, the taproom is also home to open mic music and comedy, yoga, live music, visits from local food trucks, and more. boulderfermentationsupply.com; visionquestbrewing.com

Kristen Kuchar is a freelance beer and travel writer with bylines in Zymurgy magazine, Brew Your Own magazine, CraftBeer.com, The Beer Connoisseur, Beer Advocate, and many more. Follow her on Instagram and Twitter to read her latest work and follow her beer travels.