Members of Congress and their staffers were invited to help homebrew a batch of beer and were encouraged to sign up for the Capitol Hill Staff Homebrew Competition. With the help of the DC Homebrewers Club, GRiST Homebrew Club, and BURP Homebrew Club, the event featured a step-by-step walk through of the brewing process that included demonstrations on mash and wort tasting, hop sensory analysis, yeast pitching, bottle filling, and ingredient sampling.

The event also helps strengthen our Small Brewers Caucuses in the House and Senate. The Brewers Caucuses provide a forum for members of Congress and their staffs to discuss the issues important to small, professional brewers while exploring what lawmakers can do to strengthen the growth and role of these small businesses in local economies across the country.

Hosting congressional staffers for a homebrewing event is an opportunity to discuss the critical role of homebrewing in the small and independent craft brewing industry.

Look out for more homebrew news from Washington, D.C., this December to find out who the best homebrewers on Capitol Hill are. 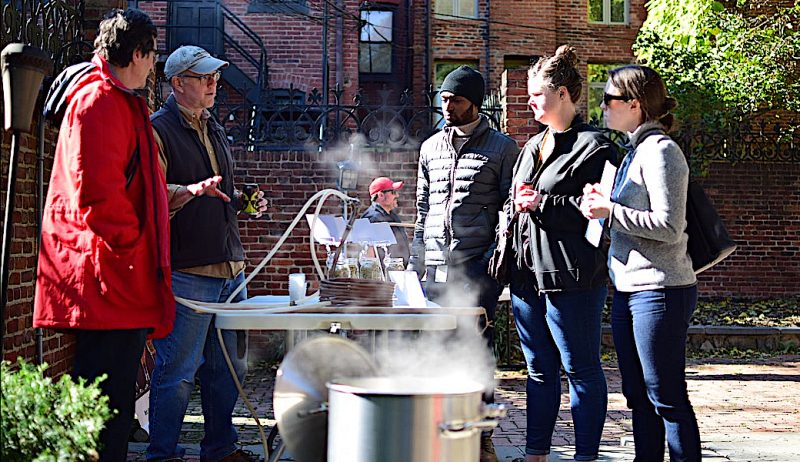 Since its inception, the Capitol Hill Staff Homebrew Competition has raised awareness of the antiquated legal issues homebrewers face in states across the country.

While homebrewing is legal in all 50 states and has been federally legal in the US since 1979, draconian state alcohol codes dating back to Prohibition still restrict homebrewers.

For example, it is not legal in some states for homebrewers to transport their homemade beer out of their homes. In other states, licensed facilities like breweries are not allowed to possess and/or store homebrew. Such restrictions can make it difficult for homebrewing communities and homebrew clubs to thrive.

From the Glass: Legislative Update (January/February 2020)