On Sunday, some 120 million viewers across the United States tuned in to this year’s Super Bowl pitting the Denver Broncos against the Carolina Panthers. During the game, the world’s largest brewer, Anheuser Busch Inbev (ABI), the Belgian-based makers of Budweiser, ran an ad called Not Backing Down, in which they asserted that making Budweiser is “NOT A HOBBY.” I’m sure the nation’s million-plus homebrewers were shocked!

Well, no, not really. The hobby of making beer is usually done in small batches at home by passionate beer lovers. Budweiser is made in massive automated factories (not what I would consider “brewed the hard way,” as suggested by a Budweiser ad aired during last year’s Super Bowl)—it’s actually about as far from a hobby as you can get. As homebrewers, we brew beer because we love beer with full flavor and by brewing beer ourselves we can hone in on the flavors we like most. And beyond that we can experiment and create new beer flavors that no one has tried before. Budweiser is the antithesis of homebrew: beer that’s made to be as light in flavor as possible and to never change.

So if you are someone who wants to experience the diverse array of flavors and aromas beer has to offer, try homebrewing! If you’re interested but not quite ready to make the leap to homebrewing, try something from one of more than 4,000 small and independent American craft brewers, many of which started as homebrewers. And, if you are already a homebrewer, keep doing what you’re doing, and cheers! 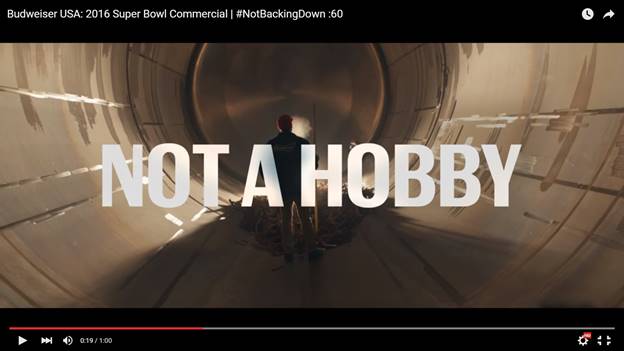 The Long Journey to Homebrew Legalization