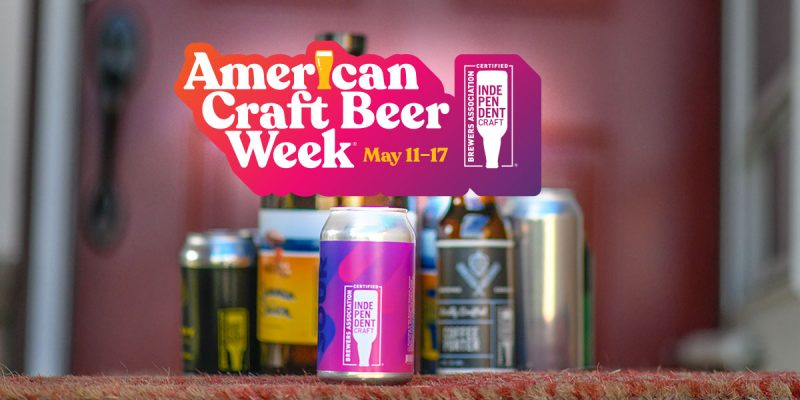 While the world around us is changing in new ways, the spirit behind this year’s American Craft Beer Week® is as strong as ever. Since 2006 American Craft Beer Week has supported and celebrated independent craft breweries, which support their communities and the country in exponential ways. With over 8,000 small and independent U.S. craft breweries, now has never been a better time to celebrate these American success stories.

CraftBeer.com, along with the Brewers Association (BA), the trade association for small and independent U.S. craft brewers and publisher of CraftBeer.com, are launching a variety of fun digital activities for American Craft Beer Week (May 11-17). While we may not be able to toast these breweries in person, we challenge all beer lovers to embrace the theme of this year’s ACBW and give craft beer to friends and family.

The theme of this year’s annual celebration is #GiveCraftBeer. During these trying times, a small token of appreciation can go a long way. Here’s how you can commit to giving and also drop a not-so-subtle hint to your friends and family network:

“This American Craft Beer Week, community and craft beer will connect in new ways. From May 11 to May 17, those who commit to giving indie craft beer will make a difference that reaches beyond the beverage to support and save thousands of hometown breweries who are instrumental in giving back to so many local communities and charitable causes,” says Julia Herz, craft beer program director for the BA.

The BA encourages beer lovers to seek the independent craft brewer seal when they’re shopping for themselves and to give a gift to neighbors, coworkers, family and friends. The seal, an upside-down beer bottle, is the certified logo for true craft brewers.

Connect with your tribe of breweries and beer lovers celebrating American Craft Beer Week by using the hashtags #SeekTheSeal and #GiveCraftBeer.