Homebrewers were given a few minutes each to present their objections to the proposed rules and showcase homebrewers’ responsibility and stewardship in the beer community.

In 2017, the AHA assisted North Carolina homebrewers in helping to pass comprehensive homebrew legislation. The measure allowed individuals to make, possess, and transport homebrew for their own use, for the use of family and guests, and for use at organized affairs and competitions.

Since then, the AHA has worked with North Carolina homebrewers to provide extensive input to the NC ABC Commission on proposed permanent rules regarding the homebrew law.

Homebrewers commented on many issues to the NC ABC commission. Below are some of the more critical proposed rules that would hurt homebrewers’ ability to host homebrew club meetings, competitions, and organized events if adopted by the NC ABC and approved by the Rules Review Commission.

Public comments to the NC ABC Commission on the proposed rules closed November 5, 2018. The Commission will vote on the rules at its November 14 meeting. If adopted, the rules will move to the Rules Review Commission for approval at its annual meeting on December 13, 2018. 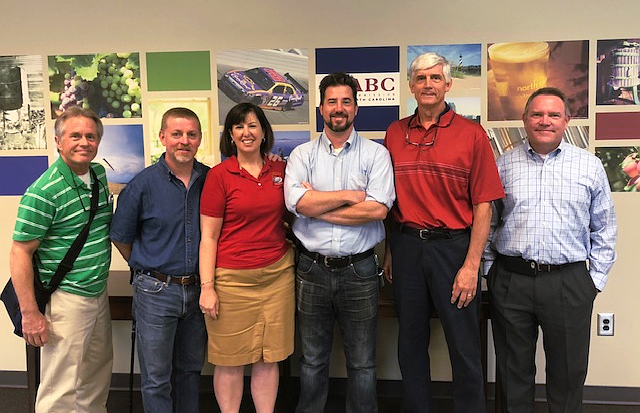 Laws often do not include all the details needed to explain how they might be followed. In order to make the laws work on a day-to-day level, the NHC ABC creates rules to enforce the law.

Rules set specific requirements about what is legal and what isn’t. For example, the proposed permanent rules explain who is allowed to transport homebrew and how much homebrew is allowed to be transported at one time. Another example is defining the length of time for which homebrew may be stored at specific licensed facilities or where unlicensed beer (homebrew) may be permitted in a licensed facility.

The NC ABC Commission operates within limitations as an enforcement body, not a legislative body. The purpose of the proposed permanent rules is to comply with the limits of underlying law, not to conform the rules of what may be or have become current practice. Some of the limitations in the NC ABC’s proposed rules regarding homebrewing pertain to laws in the alcohol beverage code that are specific to the homebrew law.

March 1, 2019 The American Homebrewers Association’s mission is to promote the community of homebrewers and …More