Many college students don’t know what to do with their life. After high school, many go to college or float part-time jobs until they decide on something and even then they are unsure of the direction they’ve chosen for themselves. The existential questions mount and the decisions become cloudier.

However, situated in the historical Tivoli Brewery building built in 1859, students at Metropolitan State University in Denver, Colo., have a different story line – one rooted in beer. The university has partnered with Tivoli Brewing and created the Beer Industry Program that offer courses from hospitality and tourism, to fermentation science, business, law, and marketing.

After taking a myriad of disciplines related to beer, students are able to choose their own path within the beer industry. But, before they’re able to graduated and move in to the real world, Professor Ethan Tsai, P.h.D, has his students homebrew beer to enter into the National Homebrew Competition. The thought behind it is to teach the students that brewing is as much sensory as it is scientific.

In groups of 5 or so, students develop recipes from scratch. Experimenting with different malts, hops, and yeasts within a style parameters, the students settle on a recipe and enter in to a few competitions. This year, two groups entered in to the National Homebrew Competition First Round, Denver region, with high hopes on quality feedback and low expectations on advancement. 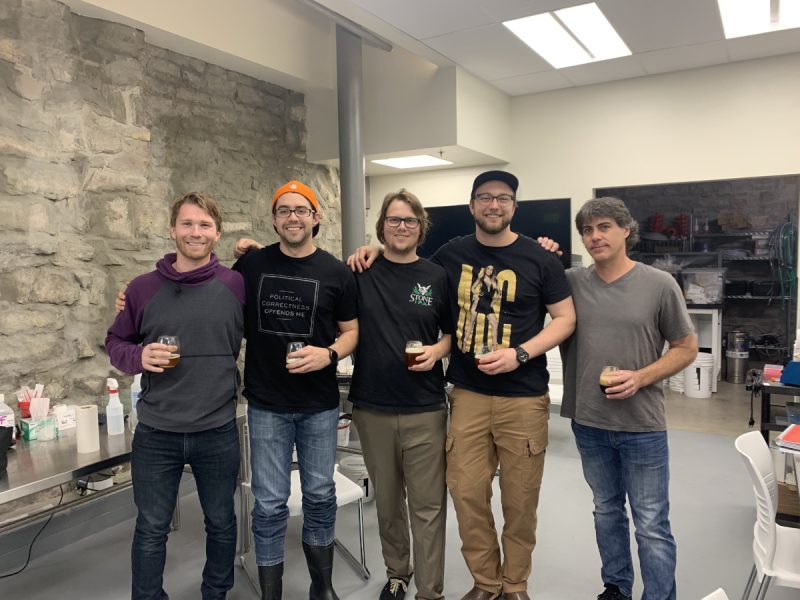 Students in Group 1 were David Choate, Nick Anderberg, Sam Goertz, and Larry Altshuler. The group submitted a Saison and a Belgian Tripel, with the Saison taking 3rd and advancing to the Final Round in June during Homebrew Con in Providence, RI.

Almost everyone in the group homebrewed before starting the program at MSU, with Nick Anderberg getting his start as an undergrad in college homebrewing in his fraternity. 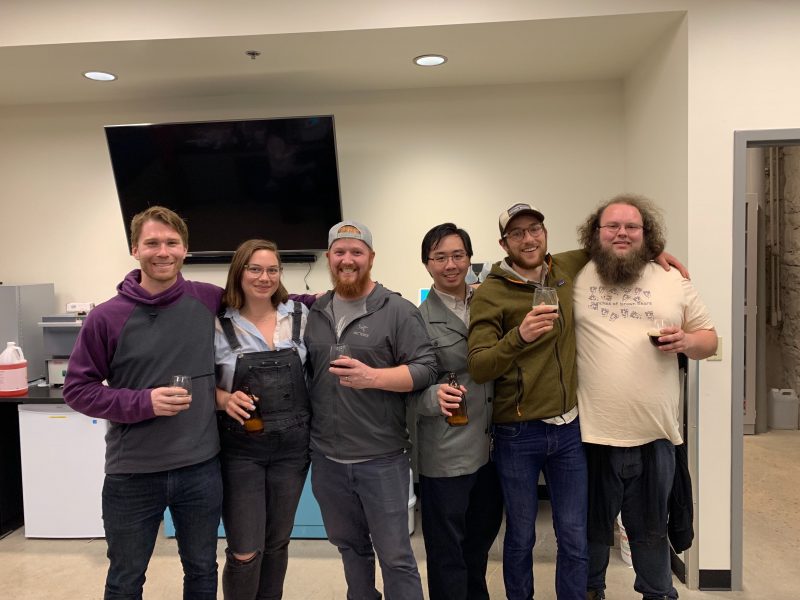 Students in Group 2 were Carey Lieberman, Kyle Koch, Kevin Chu, Brian Nutsch, Bryan Denman. The group submitted a Hefeweizen and a Dunkelweizen, with the Hefeweizen taking 3rd place and advancing to the Final Round in June during Homebrew Con in Providence, RI.

Only a few had a homebrewing history prior to the program, but all of them spoke as if they had been brewing for years. Each student is so well versed in the technicalities and science of brewing that makes for stimulating conversation about beer.

Both groups were impressed with the feedback given in the competition compared to others, sighting similar findings themselves when performing sensory evaluation on their homebrew and not picking up on particular notes or parameters to style, especially for the entries that did not advance.

One reason the groups attribute the valuable feedback is the access to quality certified judges and the overall process of the competition. Colorado boasts an impressive amount of certified and above ranked BJCP judges that come out for the first round of the National Homebrew Competition. With such a high caliber of judges, the desire to enter this competition grows, which is why Dr. Tsai requires his students to enter each year.

Ferment at 67° F for one week. Raise temperature to 72° F and let sit for 2 weeks. Cold crash 2 days before packaging.

John Moorhead is the director of the National Homebrew Competition and the competitions coordinator for the American Homebrewers Association.