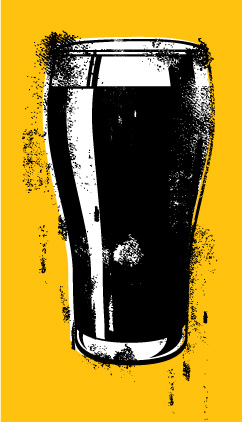 Beer is a living beverage that changes over time. From the moment beer leaves the brewery, the flavor characteristics of the beer are evolving and changing. Sometimes this is a good thing. Many “bigger” beer styles like Belgian strong ales and imperial stouts may benefit greatly by being allowed to age in a cellar, like wine, for several months or even years. For beers that are less robust and lower in alcohol, the aging process is often not so kind.

Most styles of beer are at their very best when fresh, and are only negatively impacted by age. As beer ages, it often takes on a stale flavor that may be described as “cardboard,” “paper,” “wet paper,” or “sherry-like.” These flavors will continue to change as a beer ages and may evolve into tastes that can be described as “rotten fruit,” “cooked corn” or even “garbage.” While sherry-like flavors may not be a bad thing in a Belgian or an imperial stout, they are certainly not desired in less robust beer styles, and the flavors of cardboard, rotten fruit, or garbage are never a desired taste in any beer.

To read the rest of this story, see the Zymurgy Online Extra: Oxidation – Good Beer Gone Bad, by Chris Bible.

This is part 6 in The Beer Off-Flavor Series by Drew Beechum. Catch Drew at Homebrew Con …More

Access the digital edition of the September/October 2016 Zymurgy magazine, including the 2016 National Homebrew …More