Derek has done an awesome job creating his own stir plate, used to propogate his yeast starters. There was a lot of thought and creativity that went into the creation, using many parts from just around the house.

Here’s a list of the parts that were used to create the stir plate: 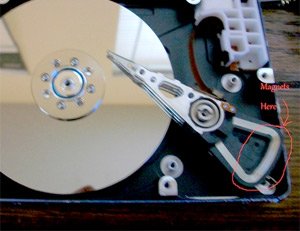 A stir plate can cost anywhere from $40-$100, but instead of purchasing the equipment he decided to have a little fun and create one for himself. Derek created this using only materials that were around the house, and is an example that with the correct parts it is possible to create something instead of purchasing it.

Derek started by pulling a fan from an old Playstation, which served as a motor for the stir plate. It ended up working perfectly because it creates the right amount of power to generate the vortex that is needed to continually stir the yeast. Next, he used the magnet that he pulled from an old hard drive and split it in half, attaching one to the wood from the picture frame and the other to the bottom of the flask that sits on top of the acrylic. 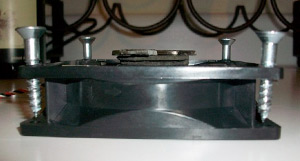 Derek did this because he did not want to put the magnet directly on the fan blade and wanted it close enough to the magnet that sat at the bottom of the flask. He used some flat head screws to adjust the height of the acrylic that he then placed on the top as the assembly to adjust the height between the acrylic and the magnet. Derek then spliced the old phone charger and connected it to the stir plate to generate power.

Awesome job Derek! It’s great to see the creativity that went in to building this stir plate from equipment around your house. Well done and keep brewing and stirring!

While there are multiple ways to grow yeast in a starter, one of the most …More

How to Make a Stir Plate

How to Build a Wooden 6-Pack Holder