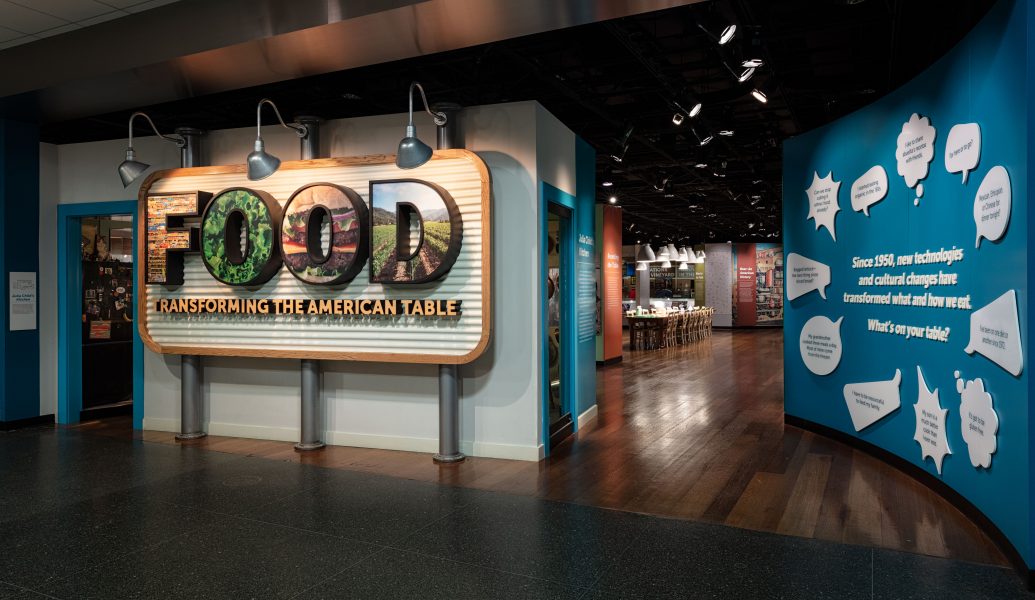 Get 30% off Simple Brewing Book by Denny Conn & Drew Beechum

In today’s economy, consumer consciousness is at an all-time high, with more and more purchasing …More

How to Adopt and Activate the Independent Craft Brewer Supporter Seal

The Smithsonian’s National Museum of American History will explore the history and industry of brewing in the United States in a new showcase located within the “FOOD: Transforming the American Table” exhibition beginning Oct. 25.

“FOOD: Transforming the American Table” is an existing, permanent exhibition that explores the history of food and eating in the United States since 1950. The exhibition’s fall update will highlight new stories about changes in food itself and how Americans produce, prepare and consume food and drink. One of four major new sections is “Brewing a Revolution.”

The history of brewing in the U.S. is a story of immigration, urban change, technological innovation and evolving consumer tastes. During the nation’s early years, Americans drank ales, mostly brewed by women and enslaved people, at home. The arrival of European professional brewers—nearly all men—in the 1800s created a nation of lager lovers. While Prohibition in 1920 banned the production of intoxicating beverages, the story of American beer was far from over.

Visitors will see artifacts, archival materials and photographs that originated in the homebrewing and microbrewing movements of California and Colorado in the 1960s through 1980s—the beginning of the craft beer “revolution.”

The “Brewing a Revolution” showcases are the work of curator Theresa McCulla, who has led the museum’s American Brewing History Initiative since 2017. She has been mining the existing collections and traveling across the country researching, collecting, preserving and sharing this history to expand the collections with a focus on brewing in the 20th and 21st centuries.

“The artifacts featured in this new display convey histories of innovation, creativity and risk, as well as deep pride and pleasure in the processes of brewing and drinking beer in the United States,” said McCulla. “Beer is a thread that runs throughout the fabric of our nation’s history and culture.”

Part of the Smithsonian Food History project, the museum initiated the American Brewing History Initiative in 2016 with funding from the Brewers Association, the Boulder, Colorado-based not-for-profit trade association dedicated to small and independent American brewers. The Brewers Association recently funded an extension of the initiative through 2022.

“The craft brewing revolution in America has had a profound social, cultural and economic impact on this country,” said Bob Pease, president and CEO of the Brewers Association. “America is a beer nation, and we are honored to support this effort and work with the National Museum of American History to chronicle and showcase the significant achievements small and independent brewers and homebrewers have made throughout our nation’s history.”

A wooden home-brewing spoon that belonged to Charlie Papazian, past president of the Brewers Association and founder of the Association of Brewers, a microscope used by Fritz Maytag at Anchor Brewing Co. and the travel notebook that helped inspire Kim Jordan and Jeff Lebesch to found New Belgium Brewing Co. are among the artifacts on view. McCulla has also recorded oral histories with more than 75 members of the brewing industry.

View more information about the initiative and beer history at the museum.

In conjunction with the exhibition opening andas part of the three-day Smithsonian Food History Weekend, Nov. 7–9, McCulla will moderate a conversation among several key figures in the history of craft beer to reflect on beer’s past, present and future during “The Last Call: Brewing History After-Hours” event Friday, Nov. 8. Participating are Maytag, former owner of Anchor Brewing Co.; Ken Grossman, founder of Sierra Nevada Brewing Co.; Papazian, founder of the Association of Brewers; and Michael Lewis, professor emeritus of Food Science and Technology at the University of California, Davis.

Tickets for The Last Call are $45 for beer tastings, appetizers and a one-night-only display of brewing-history objects out of storage, including recent acquisitions. Purchase tickets and view additional information.

Leadership support for “FOOD: Transforming the American Table” is made possible by Warren and Barbara Winiarski (Winiarski Family Foundation), the Brewers Association, the Julia Child Foundation for Gastronomy and the Culinary Arts, the Land O’Lakes Foundation, the 2018 Food History Gala Supporters and History Channel.

The National Museum of American History explores the infinite richness and complexity of American history. The museum helps people understand the past in order to make sense of the present and shape a more humane future. See more information about the museum. Explore the museum’s social media on Twitter (@amhistorymuseum), Facebook (@National Museum of American History) and Instagram (@amhistorymuseum). #SmithsonianFood and #BeerHistory