But believe it or not, New Belgium and Ben & Jerry’s isn’t the first brewery-creamery team to pursue an ice cream that embodies the nuances of beer. Just take a look at I Scream, You Scream: It’s Craft Beer Ice Cream! featured on CraftBeer.com, which highlights some of the beer-y endeavors taken on by ice creameries and craft breweries across the nation.

Now, just imagine the ice cream flavor possibilities you have when you—the homebrewer—are in control of the beer! The sky is truly the limit here, pairing interesting beer styles with usual (or maybe unusual) ice cream ingredients, like candies, confections, rich syrups and fruits.

Darker beers with lots of chocolate and coffee notes, like stouts, porters and brown ales, are usual suspects when it comes to making beer ice cream, but don’t limit yourself to just that! Pumpkin beers have been a popular choice, and even fruity sour beers have been used to make sorbets.

How Ice Cream is Made

As with homebrewing, making ice cream at home can be accomplished in a few different ways while achieving essentially the same end. The essence of any ice cream recipe starts with a mixture of cream (or milk) and some sort of sugar sweetener. This is mixed until the sugar is completely dissolved into solution, which sometimes requires the mixture to be stirred while heated at a low temperature. The sugary cream is then chilled and churned to introduce air into the ice cream and make it that signature fluffy consistency.

In some instances, the sugar-cream mixture is combined with egg to make a custard, which is then chilled and churned into a smooth consistency. Certain preservatives can also be used to extend shelf life, though this is more typical of commercially produced ice creams. 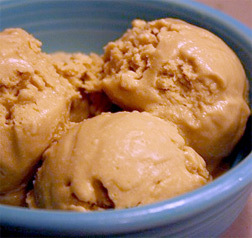 Beer is not a standard ingredient in ice cream (though that is changing!), so use these tips from CraftBeer.com when incorporating beer into an ice cream recipe:

How to Make Sour Cream at Home

11 Cream Ale Recipes You Can Brew at Home