Despite its reputation for being a whiskey-country, Ireland has been a big player in the brewing world for centuries, and its influence can be found in some of the classic styles of today. Sláinte!

Ireland’s most renowned breweries are known for their stouts. Dry Irish stout, and even foreign/extra style stouts, have become somewhat synonymous with “Irish beer,” largely due to the popularity of Guinness.

Guinness was founded in the mid-1700s, and originally produced a light-colored, bitter beer, that they soon transitioned to a dark ale, referred to at the time as porter, which was brewed for the working-class Irish. This ale would evolve into one of the most popular stouts in the world.

Unmalted, roasted barley not only gives a dry stout its dark color, but also creates the dry, roasty and bitter qualities that exemplify the style. Unmalted, flaked barley can also be used to create a creamier mouthfeel.

Try brewing Deck Head Stout, a past Recipe of the Week. 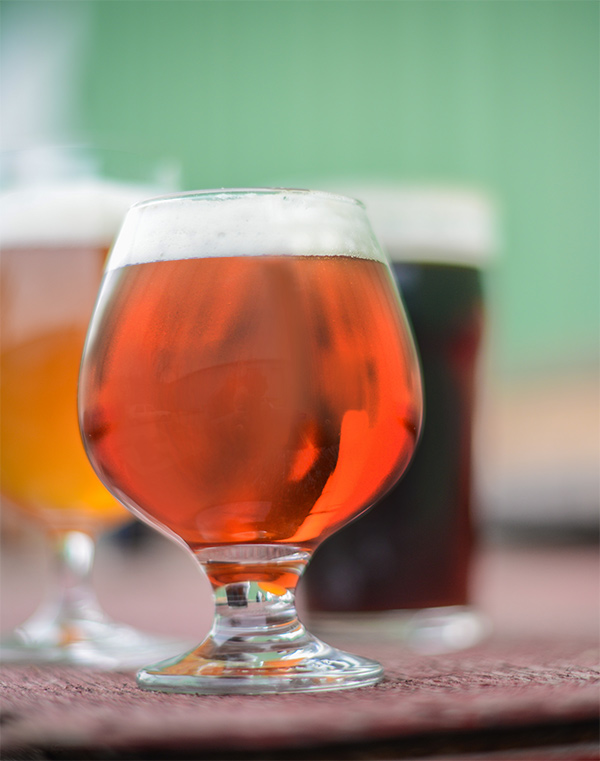 After dry stout, red ale is probably one of the more prominent styles associated with the Ireland. Funny enough, “Irish red ale” is not actually a commonly-used name in Ireland for the ruby-hued style.

It wasn’t until Coors acquired Lett’s Brewery and started producing their Enniscorthy Ruby Ale as “Killian’s Irish Red” that the term Irish red ale became prominent. The marketing efforts highlighting the Irish connection, along with beer drinkers’ desires to broaden their style horizons in the 90s, elevated the Irish red ale to worldwide recognition.

As the name implies, the style is marked by its reddish-brown hue. Hop bitterness is restrained and yeast character typically absent, allowing for the malt to shine through at the forefront. Crystal malts and roasted barely instill caramel and toffee characteristics, making for a very sessionable beer. Irish red ale can also be brewed as a lager, as is the case with Killian’s Irish Red.

Try this recent Recipe of the Week, Better Red than Dead.

Gruit is a broad style of un-hopped beer that was popular throughout Europe’s history. After the English outlawed a popular means of distillation in Ireland during the 1600s, brewing beer became more prevalent, though hops were not grown domestically and expensive to import. The result was Irish brewers creating beers using available herbs and spices in lieu of the bitter hops, which would eventually take over in popularity.

Generally speaking, most gruits consisted of bog myrtle, yarrow and wild rosemary, while adding other locally available herbs and spices to taste. For many brewers the exact herb additions were kept a close secret, resulting in a wide array of unique gruits, even within one specific region.

If pursuing a true gruit, bare in mind that many of these herbs and spices can be highly inebriating and psychotropic, which makes for a very strong beverage. Thoroughly research all ingredients, and brew gruit at your own discretion.