I began homebrewing like most people: with no idea what I was doing. Sure, I understood the basics (yeast eats sugar and makes alcohol), but sanitation, temperature control, oxygenation, and the rest? No clue. I made a few batches, was severely underwhelmed, and quit for a while. This was the mid-90s. After the turn of the millennium, as craft breweries began picking up steam, I got interested again. I took it more seriously and began making better beer. But it wasn’t enough. I wanted to learn more. I had the homebrewing bug that you all know so well.

In the spring of 2010, I had just returned from my second deployment to Afghanistan (where I may or may not have fermented 5 gallons of apple juice and honey, spiced with cinnamon cider packs from MREs…), and I was stationed at MacDill Air Force Base in Tampa, Florida. I decided that books and podcasts were not enough, that I wanted to talk to actual people and share lessons learned. More importantly, I wanted to share my beer and receive honest feedback.

[MORE: Find a homebrew club near you]

I looked around and found a homebrew club in Tampa that had been around for a while, Tampa Bay BEERS. Unfortunately they were a little farther than I cared to drive, as I was in South Tampa, and especially when beer drinking was involved. I discussed my dilemma with Suzanne, the owner of Datz, a foodie-type place with a great craft beer selection and with whom I had made friends. She immediately said, “Why don’t you start your own club! You can meet here at Datz!”

I liked the idea of starting a club, but like my early days of brewing, I had no idea of what I was doing. How do you start a club? I really didn’t know any other homebrewers. The ones I had talked to at the local homebrew shop, Southern Brewing and Winemaking, were all members of different clubs not in my area. Suzanne came to the rescue once again and told me she knew a guy that brewed, describing him as “a big ex-NFL player.” So she set me up on a “homebrew first date” with Hugh Reilly and we met and discussed beer, brewing, and starting a club. 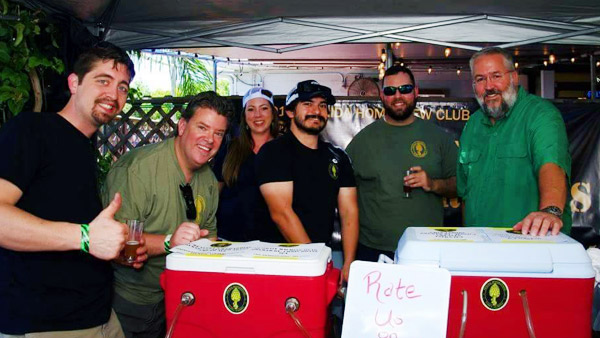 We began by just talking to everyone we could, especially targeting craft beer bars and brewery tasting rooms. We ended up getting seven people together, including the two of us, and we held our first meeting in April of 2010 at Datz. The first meeting was centered on electing officers (I was elected president, and Hugh was vice president), coming up with a logo, and trying to develop a calendar of activities. We thought having a brew day together would be fun and a good way to showcase our hobby. And we established our name, Special Hoperations—I was a member of the Special Operations Command and found the pun quite funny. Everyone seemed to like it, so Special Hoperations was born. I called that week and registered our name with the American Homebrewers Association.

A few weeks later, Datz let us set up our equipment, and we held our first brew day right in front of the restaurant. We got a lot of attention! Everyone was interested and wanted to know what we were doing and were intrigued by the brewing process. More importantly, we gained a few members.

As the next few months progressed, we held a few more brew days and began incorporating topics into our meetings. We did off-flavor tasting and identification, recipe formulation, and wort chiller construction, to name a few. Whatever somebody wanted to learn about, we tried to have a class on it. And we also made sure people brought their beer in to share and have evaluated. Most importantly, we didn’t discriminate between new brewers and experienced ones. We made everyone feel welcome and encouraged them, and our membership grew. In just 3 months we had more than 20 members.

The next thing we did was to start encouraging our members to enter competitions. I wanted us to receive critical judging feedback and to get our name out in the Florida Homebrew Circuit and the homebrewing community at large. At the first competition we entered, one of our members won a gold medal and we were off! Everyone started brewing like crazy, wanting a medal of their own.

We kept encouraging competition entries, but we also had pub crawls, sold our club T-shirts at brewfests, and held themed brew days (colonial beer styles!). We ended 2010 with an amazing Christmas party, a lot of momentum, and 30 members.

2011 started with increased activity, but we made sure that we kept the club very social in nature. I had heard that some clubs and their members were a little hard to get to know, so we encouraged fun in everything we did. We courted new brewers. We wanted our club to maintain that giddy excitement and exuberance that new brewers feel. We held all-grain classes for extract brewers, and more detailed classes for experienced brewers.

For the AHA Big Brew Day in May of 2011, I managed to get us on a WWII ship, the USS Victory, which is harbored in Tampa Bay. We made 55 gallons of beer on the deck of that great ship that day, not to mention some incredible memories. As the year progressed, our membership grew. People saw our passion and our excitement, and they wanted to start brewing and be a part of us. We welcomed everyone. 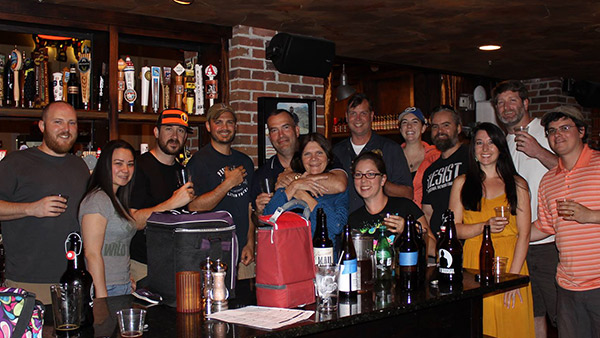 2011 turned into 2012, and 2012 into 2013. My time at MacDill Air Force Base and active duty in the Army was over, and it was time to leave Florida and head back to my home in Alabama. It nearly broke my heart to leave this group. When I left in February of 2013, I turned the leadership over to one of our first members, Rodney Sedillo. I knew it was in good hands, but Special Hoperations was a part of me. It was family. I had such a passion for the craft that can’t be summed up by just saying “I’m a homebrewer.” It’s bigger than that. You all know what I mean.

In 2014 Special Hoperations went on to win the Florida Circuit’s Homebrew Club of the Year. In 2015, they repeated. There are well over 100 members now.

In less than 5 years, with no idea of what we doing, we created a strong, passionate, and amazing homebrew club. We did it by simply keeping it fun and feeding our obsession. Anyone can start a great homebrew club. The key is making sure that people want to come back. Make it fun. Make them want to brew more. Make them friends. And don’t be snobby about your beer or look down at the “beer kit brewers.” We were all there. Encourage them and they’ll be brewers for life.