Julian Shrago, co-founder and brewmaster at Beachwood BBQ & Brewing in Long Beach, Calif., had humble beginnings as a college homebrewer. What started out as an occasional kit-based hobby fermented into a full-blown brewing obsession.

We reached out to Shrago—also a past National Homebrew Competition winner—to ask for some tips on brewing a style from his neck of the woods: West Coast IPA. He shared the following 10 tips…

1. It’s all about the base malt

Most of the grains will consist of base malt (93 to 97 percent by weight). You can use 2-row for the entirety of the base malt, or mix and match base malts for a bit more depth. Try using 20 to 50 percent light Canadian Pilsner malt!

Note: If using Pilsner malt, consider extending the boil to 90 minutes to drive off S-methylmethionine (SMM), the precursor to the off-flavor dimethyl sulfide (DMS). A 90-minute boil is standard for Beachwood’s IPAs.

[WATCH: Does base malt selection matter?]

West Coast–style IPAs are known for having a subtle, dry malt character. This allows the star of the show—hops & bitterness—to take center stage.

Low mash temperatures are used to achieve a dry malt character (more on this in Tip 5), but if just using base malt, this can leave the body too thin and the beer unbalanced. Including 2 to 4 percent dextrin malt can add some life back to the body, which will help balance out the hop bitterness.

A combination of base malt(s) and dextrin malt may be all you need for your West Coast IPA recipe, but if you’re after more complexity, sweetness, and color, consider adding in some crystal malt.

Try using Crystal 45 for 1 to 3 percent of your grain bill to add a little extra oomph to the malt profile. Be careful not to over do it!

Source: How To Brew: Everything You Need to Know to Brew Great Beer Every Time

Keeping mash temperatures low—aiming around 150° F (65.5° C)—allows more of the complex sugars in the malt to be broken down into simple sugars. This makes for highly fermentable wort and, ultimately, the dry malt profile desirable in West Coast IPA. Aim for an apparent attenuation of 80 to 83 percent.

Reducing the residual alkalinity in the mash will help lower the mash pH to the desired range of 5.2 to 5.6. This is beneficial because a high pH can extract unfavorable tannins from the grains. Gypsum, lactic acid, or acidulated malt can be used to adjust mash pH.

With hops being the star of a West Coast IPA recipe, it is up to the homebrewer to select varieties that will achieve the profile you have in mind. The goal is to create a broad, saturated hop profile on the palate that brings together the best qualities of multiple hop varietals. For example Columbus/Tomahawk/Zeus (CTZ) hops can have dominant piney flavors and aromas, while Mosaic hops are more fruity and dank. Combine them to create a fruity, piney hop character. The sky’s the limit!

To achieve a layered hop character with the assertive bitterness expected from a West Coast IPA, adding hops throughout the brew (and beyond) is a must. First wort hopping—the process of adding hops to the boil kettle as the mash is being lautered—can have great success. You may also decide to do try a continuous hopping regimen where hops are added every 15 minutes or so. After the boil is complete, heavy hop additions during flameout/whirlpool can really bolster the aromatics.

And don’t forget the rule of thumb: hop additions early on in the boil are for bittering, and later additions are for flavor/aroma.

Dry hopping after fermentation is a technique to add heaps of hop aroma to a beer without imparting any bitterness. At Beachwood, dry hopping for a West Coast IPA is done at the rate of 2 to 3 pounds of hops per barrel of beer. This works out to about 1.0 to 1.5 ounces per gallon of homebrew. This will lend a dense, bright aroma to the West Coast IPA, so choose your dry hop variety (or varieties) based off of the known aromatic character. 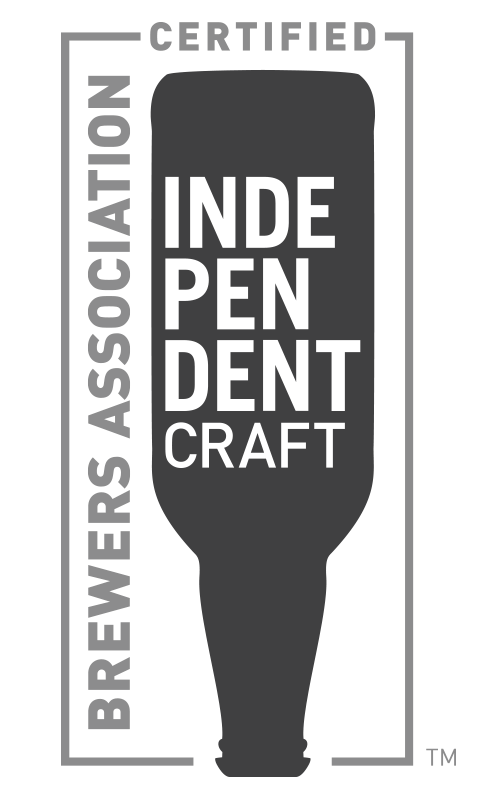 When you’re shopping for beer, look for the independent craft brewer seal. You’ll spot it in a variety of places, including on packaging and labels, at events, on tap handles, menus and websites. This seal signifies a brewery as being small and independent.

Learn more about small and independent craft breweries on CraftBeer.com.

To get the most aroma out of the dry hops, drop the beer temperature down to around 60° F (15.5° C) to maintain the solubility of the aromatic compounds. Also, removing as much of the yeast out of the fully attenuated beer as possible before adding the dry hops can also help preserve those precious hop aromatics.

Plan to dry hop for 7 days maximum, which includes time for the hops to settle out.

9. Set up yeast for success

As with any beer, healthy yeast that is appropriate to the style is crucial. A highly attenuative and clean-fermenting strain is ideal, like White Labs WLP001 California Ale Yeast or Wyeast 1056 American Ale yeast. Beachwood repitches yeast from past batches, which has elevated vitality, but homebrewers can also make a yeast starter. Aim for 1 million yeast cells per mililiter per degree Plato (1 mil cells/mL/°P).

Be sure to add sufficient oxygen when pitching the yeast, either through shaking or using an oxygen stone, and consider adding yeast nutrients like zinc to the boil.

Clear, bright beer is a beautiful thing and often a sign that excess polyphenols have been removed. Southern Hemisphere hop varieties often have elevated levels of these polyphenols. Clarifying beer can be done with finings in the fermentation vessel, but it’s ideal to add them in the “brite tank” or, in the homebrewer’s case, a Corny keg. Finings like gelatin and BioFine will work well. Gelatin has a high affinity for dropping polyphenols out of suspension and creating crystal-clear beer.

Keep in mind that introducing oxygen can have unfavorable, staling effects on hop character, so it’s important to try to eliminate it when transferring the finished beer. Using carbon dioxide to push the beer into a keg to avoid oxygen contact is ideal.

Carbonate the beer to 2.5 volumes (5 g/L), and your West Coast IPA will be ready to drink in no time.

Duncan Bryant is the Web Editor at the American Homebrewers Association.