“Do What’s Right.” That’s Maine Beer Company’s philosophy. It’s an axiom the company incorporates into all parts of life, from brewing beer and employee appreciation, to environmental responsibility and showing their support to others who inspire them to do what’s right.

Maine Beer Company has made a name for itself with world-class beers like Lunch and Dinner and has recently launched their new Hop Program. The program was developed to experiment with new hops and new hop combinations in different styles of beer that will help keep the brewery moving forward.

We got a chance to talk with Dan Kleban, co-founder of Maine Beer Company and Brewers Association Board of Directors member, and Mark Fulton, Director of Brewing Operations at Maine Beer Company, about some of their best tips and practices for brewing hoppy beers. 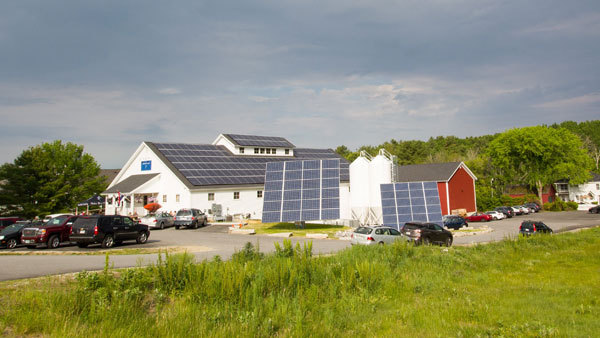 New varieties of hops are released every year, many of which are available to the homebrewing market. Typically, the suppliers can provide some baseline sensory information and suggested styles.
While this information is useful for planning which hops to try, we have found that they are not always completely accurate.

Experimental varieties can also be interesting to work with. We try to use as many different hops as we can get our hands on. Don’t be discouraged if you don’t love what you end up with, often single-hop beers lack the complexity of beers brewed with a blend of hops.

We utilize a baseline recipe for all single-hop beers. It is designed primarily as a hop delivery mechanism. We shoot for 40 calculated IBUs and 5.5 ABV. Using these standards allows us to compare between two or more different hops from an equal starting point. The perception of bitterness from hop to hop can be considerably different, despite being the same in IBU.

Notes are probably the most critical step in assessing new hop varieties. Before we formalized our pilot program, new varieties would be thrown into blends with little to no forward thought. The resulting beers ran the spectrum, but without an organized plan to assess hops, the results were not particularly useful.

Now, new single-hop beers are analyzed and dissected by our sensory panel, with a goal of determining a handful of key descriptors. We then, using notes from previous sessions, discuss which other hops would blend well with the new hop. After that, we invite our entire staff to try the beer and share their thoughts. 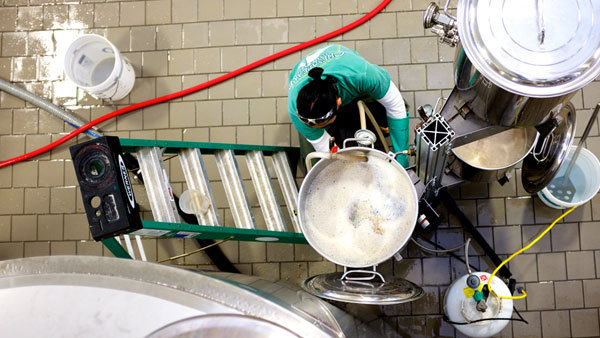 Once you have amassed a library of single-hop sensory analysis, you can begin to develop more complex blends and styles. The critical element here is to make several versions of the same idea with minor changes to each.

When we begin recipe development, we typically brew two to four versions of the same beer in a day. This allows us to compare them side by side and decide what the next steps would be. Often, you can do blends on the fly to simulate what other recipes might taste like. This iterative process will undoubtedly result in a better beer, and makes you a better brewer.

Check out some more tips from the pros and bring your homebrewing skills to the next level: