Homebrewers always start with malt when sourcing fermentables, but it doesn’t have to stop there. Specialty sugars and other sugar sources can create unique characteristics when included in a recipe. Here are a few things to keep in mind before dosing your wort with more sugar:

Honey has long been on the fermentation scene as the main sugar source in mead and is even mentioned in the famous 18th century BC Hymn of Ninkasi. Varieties vary depending on the nectar source and processing, and honey is ultimately graded into four categories. Homebrewers should stick Grade A and B honeys that are locally produced and have been treated with little to no heat. Be wary of cheap, mass-produced and/or heat treated honeys, as they tend to have low levels of flavor and aroma.

While honey can be added at most points of the beer making process, the flavor and aroma compounds have a boiling point around 180°F, and anything above that results in these characteristics being blown off. Add honey towards the end of the boil or during/after fermentation. Honey will ferment out completely, so if you want that raw honey character to shine, consider backsweetening techniques used in mead and cider making.

Made from the sap of palm trees, jaggery is a popular sugar in Asia and Africa that can be found in ethnic and specialty markets. It typically is gold to brown in color because it has not undergone the process to remove the molasses and crystals, with the lighter color typically indicating a higher quality sugar with fewer impurities.

Jaggery was commonly used by English brewers starting in the early 18th century during periods when malt was expensive and/or hard to obtain. It can add subtle yet complex notes of fruit and nuts, along with a silky texture. Typically added during the boil, it can add crisp, smooth drinkability to homebrew. Try out this jaggery pale ale recipe! 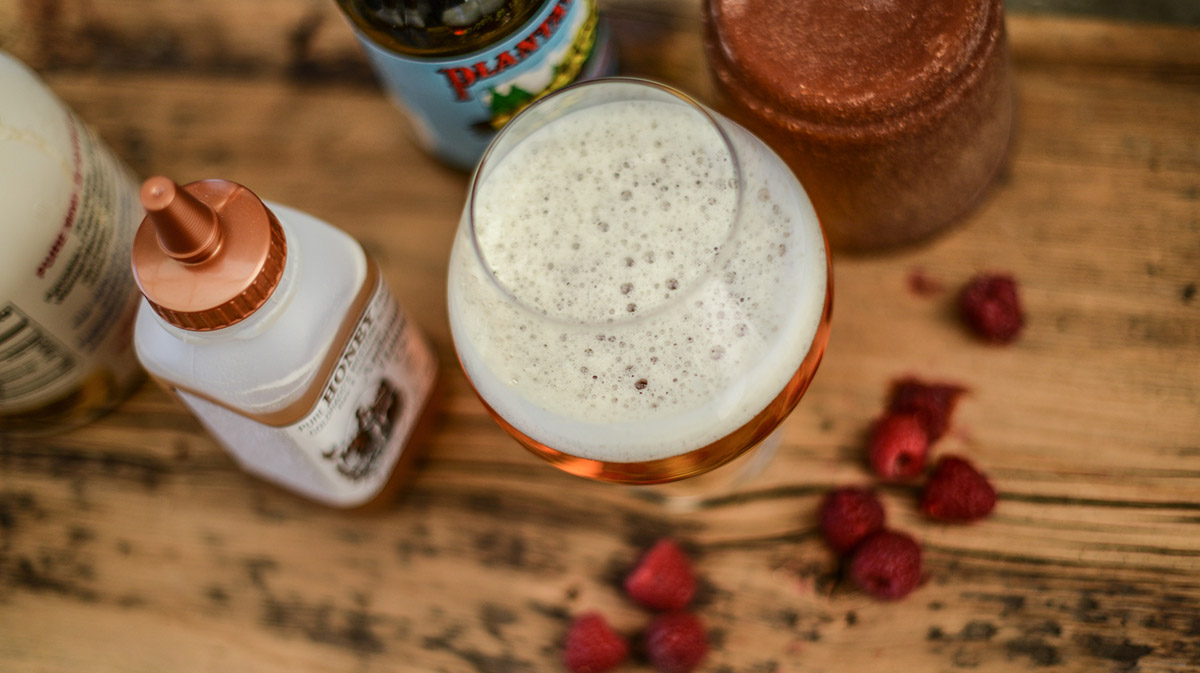 While some fruits may shine in a beer, others may ferment out into something flavorless, or worse, offensive. Browse the AHA Homebrew Recipe library to find successful recipes that include fruits.

Whether frozen or raw, select high-quality, ripe fruit to include in a recipe. It is also important to recognize that along with a fruit’s sugar comes quite a bit of water content. This means when added to beer, the alcohol content will likely go up very little if at all as the water increases the volume. Using fruit concentrates free of preservatives can help prevent the water dilution.

Fruit is often added to the boil or in the primary fermenter—both instances will likely result in much of the flavor and aroma being lost. Adding the fruit to secondary and racking the fermented wort on top is a good choice to retain fruit character, but watch out for revigorated fermentation.

Molasses is a byproduct of the sugar refining process and has been the source of fermentables in beer for quite some time. In colonial American times, molasses was sometimes used entirely in place of malt.

It comes in colors ranging from light to dark, depending on when the molasses was collected during production. All molasses tends to have strong flavor and aroma, but generally the darker the molasses the bolder the characteristics. Avoid molasses that has been sulfured, and always do a taste test before using it in a beer. If there are prominent metallic notes, continue the search.

Molasses is usually added during boil, but be sure to not to let it scorch. Start with small quantities as not to overpower other flavor components of the beer. Generally, lighter molasses will add subtle complexity, while the darker types are much richer and full-flavored. Avoid dark molasses in lighter beers as it can overpower the beer’s overall flavor profile and add a lot of dark color.

Holes are drilled in maple trees to allow sap to escape, which is boiled down to make maple syrup. It can take anywhere from 25-35 gallons of sap to make one gallon of syrup, earning it the name “Yankee Gold” because of its high price tag. Quality maple syrup comes in two grades, and brewers should be on the lookout for B grade syrup, which is typically darker and more flavorful. Avoid all cheap maple syrups.

Brewers typically add syrup after primary fermentation to avoid blowing off the delicate woody and nutty aromas. Adding to secondary is recommended. If you are after prominent maple character but don’t want to purchase a lot of Yankee Gold, fenugreek can be used to mimic maple syrup with great results.

How to Make Washed Honeycomb Mead with Medieval Flair