We caught up with Avery Brewing Co.’s (Boulder, Colo.) senior brewer and barrel herder, Andy Parker, and asked him for some tips on barrel aging homebrew.

More time in the barrel does not necessarily make a better beer. Even with our 15-16% ABV barrel-aged stouts we’re getting all the flavor from that barrel within the first two months. At around four months the flavors are still vibrant, but if we wait much longer oxidation starts to ramp up and the flavors start to mellow. Somewhere around twelve months we start to see more porous barrels oxidize heavily and we have to punt them from the batch. I’d rather take the beer out when at the peak of flavor, and if people want to age it in the bottle they can make that choice. 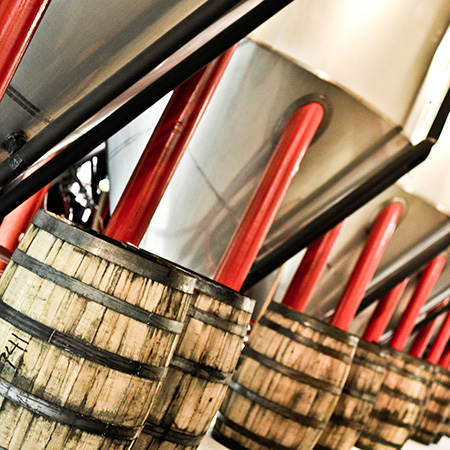 2. Treat the Barrel as an Ingredient

The barrel will be a major flavor component, so think of it in the same category as malt and yeast. I rarely come up with a recipe and then start looking for specific barrels. I usually get some great barrels first, then come up with a malt bill that will complement them. When we acquired some really nice Madeira barrels, we didn’t give any thought to a pale beer or a stout. It was an easy choice to accentuate the rich, caramel-y Madeira flavors with a grist heavy on caramel malts. The resulting sour beer even looks like Madeira.

Don’t be afraid to throw a batch of beer away. Putting beer in a barrel means that you’re embracing the chaos factor a little bit. You’re not in a sanitized carboy or tank anymore, so your beer might be exposed to ambient yeast and bacteria. Sometimes that beer won’t turn out the way you’d hoped, and that’s fine—dump it and start over. Those mistakes will help you figure out how to make it better on the next run. All good brewers dump beer from time to time.

Oak staves and chips are your friend. A single turn on a barrel will extract almost all of the flavor from whatever spirit had been in there, and with each successive turn you’ll lose more of the oak tannins. If you want more oak flavor on later batches, don’t be afraid to try out oak chips. They’re available in many different roasts and flavors, so you can really get experimental with them. And because of the increased surface area, it won’t take long to get the flavor you’re looking for. 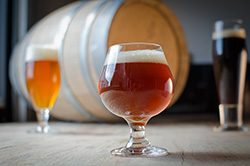 When the beer tastes great to you, take it out! I’m frequently asked how I know when a project is really “done.” It’s done when you think it tastes incredible. Don’t worry about leaving it in the barrel for a few months to try for even more awesomeness. If it’s that good, odds are that your beer will decline instead of improve. Get it out of the barrel and drink it.

So, Your Club Wants to Start A Barrel Project