Do you consider yourself a craft beer nerd? Well, there is no better way to advance your understanding of all things beer than learning how to homebrew!

Here are five ways making beer at home will evolve you to a level 50 beer nerd.

1. Homebrewing gives you a better understanding of beer ingredients.

Every beer starts as a recipe with brewing ingredients in their most basic form. Homebrewing allows you to get hands-on with beer ingredients, which helps develop an understanding of how certain ingredients lend themselves to a beer recipe and are perceived in a finished beer.

As you try your hand at homebrewing different classic beer styles, you will develop the ability to pick out specific ingredients in your favorite commercial beers. Your beer nerd vocabulary will evolve from simply noting the characteristics in a beer to intelligently theorizing what ingredients created them.

Get started now by looking through some homebrew recipes of your favorite beer styles! 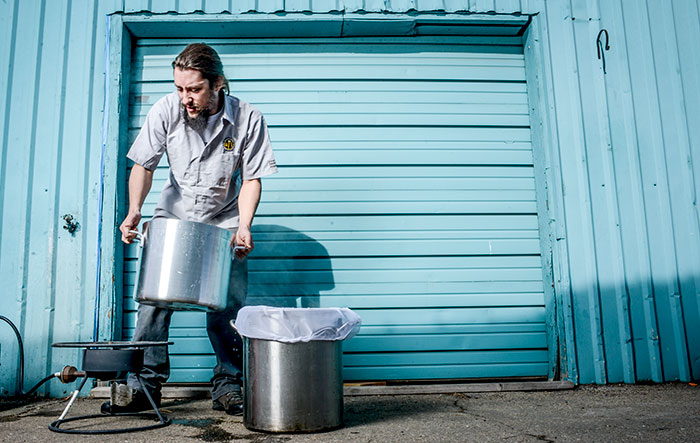 2. Homebrewing teaches you the brewing processes.

It may seem all beers are made by completing the same exact process—with the ingredients making the profile difference—but variations in brewing processes and techniques can also effect the character of beer. Exploring and trying different brewing methods will make you well versed in various brewing procedures and how they can be perceived in finished beer. This will also help you to develop your beer vocabulary into something greater than just flavor descriptors.

Processes like “mashing” and “lagering” and terms like “wort” and “gravity” will become second nature when talking beer. For example, you could intelligently conjecture that the dryness of the saison you’re enjoying could either be from an addition of simple sugar or because the grains were mashed at a lower temperature making for highly fermentable wort.

Explore various homebrewing techniques in our Let’s Brew section and How To Brew posts.

Identifying off-flavors (unwanted flaws perceived in beer) is a skill many homebrewers and craft beer drinkers have mastered. However, homebrewers take it to the next level by developing the skills to not only identify flaws, but be able to figure out what caused the flaw and how to prevent it the next time the beer is brewed.

So next time you get a hint of green apple in a Belgian dubbel you can confidently say, “I am sensing aceteldehyde. This beer might be too young or was pulled off the yeast too early.” 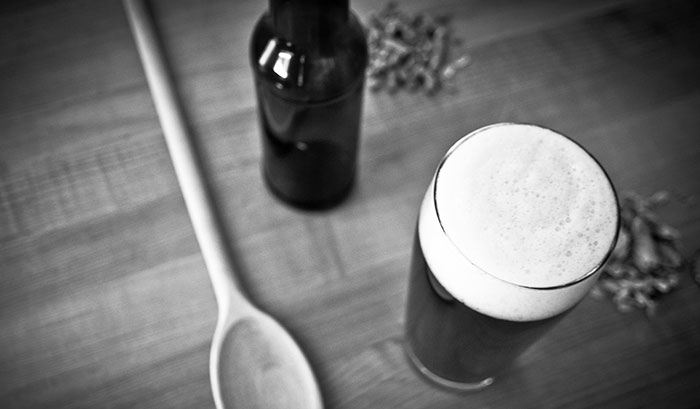 4. Homebrewing allows you to brew the unobtainable.

Craft beer nerds love their “white whale beers.” You know, the ones that are a thing of legend and increasingly difficult to obtain. 2014 Best Beers in America winner Pliny the Elder from Russian River is a great example. Even if Russian River distributes their double IPA in your area, it can be very difficult to get your hands on a bottle or enjoy a pour from your local taproom.

Homebrewers have the advantage of being able to brew what we call “clone recipes” of their favorite commercial beers. Sure, they don’t always come out exactly the same, but at least you can get an idea of what that elusive beer tastes like.

Check out our homebrew recipe library for some clone recipes!

5. Homebrewing fosters respect for the craft of brewing.

It’s easy to take the thousands of craft beers available to you for granted, but it’s important to remember the blood, sweat and tears that goes into every ounce of your favorite commercial brew. Operating a brewery is more than a few pals slugging beers while standing around a boil kettle. This will become quickly apparent after brewing your first 5-gallon batch. It’s not rocket science by any means, but it takes considerable time, effort and know-how. Now magnify your small-scale homebrewing experiences to brewing a few barrels, like our craft beer brethren, and your appreciation for their skills and labor will sky rocket.

Next time you’re at your neighborhood brewery (find a brewery near you), let the brewers and staff know you appreciate the effort that goes into each pint. They’d love to hear it!