This homebrew experiment was originally published as “Brew in a Bag: The Impact Squeezing the Bag has on Beer Character” on Brulosophy.com.

I recently switched from the batch sparge brewing method where I used a converted cooler MLT with a stainless braided hose to an electric Brew In A Bag (eBIAB) setup, which caused me for the first time to consider a curiously oft debated issue– whether or not squeezing the grain bag following the mash impacted the quality of the finished beer. Initially, the thought of squeezing a full bag of sopping grains suspended over my kettle wasn’t very appealing to me, largely because I prefer cleanliness and precision when brewing, and bag squeezing seemed like a good way to make a mess while simultaneously being less than predictable.

As I dug deeper into the methods, I learned one of the more common reasons advocated for squeezing the bag is that it improves efficiency by extracting more sweet wort from the grains. In fact, BeerSmith’s standard sparge and BIAB methods have grain absorption rates set to 0.96 and 0.586 fluid ounces per ounce of grain, respectively,  as it assumes some squeezing when utilizing the BIAB method.

On the other side of aisle, opponents of the practice claim squeezing the bag increases the risk for extracting tannins that could lead to undesirable astringency in the finished beer. With numerous successful BIAB batches under my belt where the bag was left untouched, most achieving adequate efficiency, it was time to see for myself what the impact of squeezing really is!

To evaluate the differences between two beers made using the BIAB method where one was squeezed post-mash while the other was allowed to drain.

In keeping with my commitment to develop my ideal English Bitter this year, I made some minor adjustments to a prior recipe I enjoyed, tweaking the absorption rates for each batch in BeerSmith to ensure both achieved the same pre-boil volume.

I prepared a single large starter of WLP002 English Ale yeast a few days before brewing. 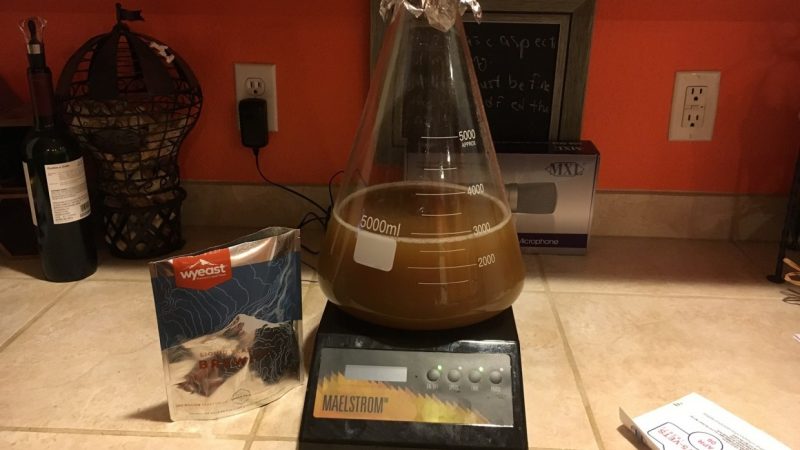 I enlisted the help of my friend, Dave, who arrived early brew day morning as the RO filtered strike water was heating up. While waiting, we milled both sets of pre-measured grain. 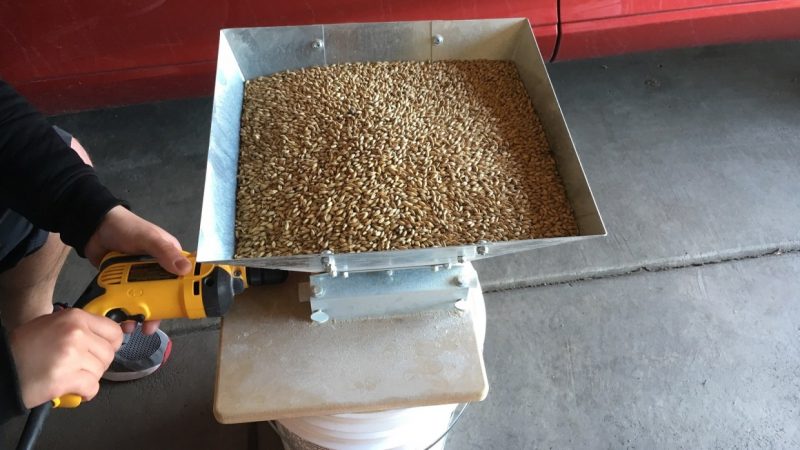 Once the water for each batch had reached the appropriate strike temperature, the grains were mixed in before we checked to ensure the target mash temperature was hit. 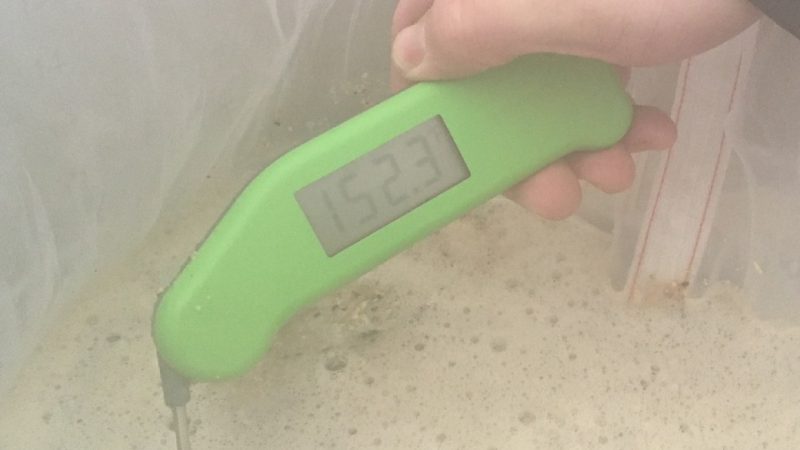 I recirculated for the duration of both 60 minute mash rests. Having staggered the start of each batch by a few minutes, I gently hoisted the bag out of the first one that was done mashing, allowing it to slowly drip into the kettle as the wort was being heated to a boil. Similarly, I hoisted the second bag of grains out of the kettle at which point Dave and I took turns squeezing it with as much force as we could until the same pre-boil volume was reached.

After our morning workout, the worts were boiled with hops added per the recipe. 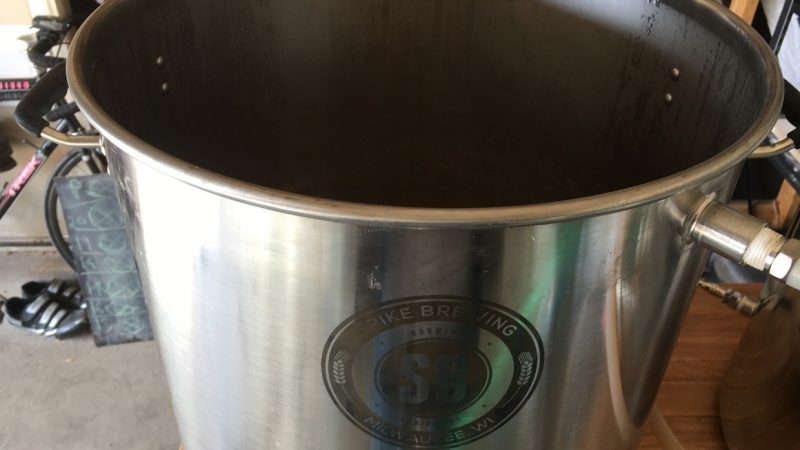 After each batch had boiled for 60 minutes, they were quickly chilled to slightly warmer than my groundwater temperature. 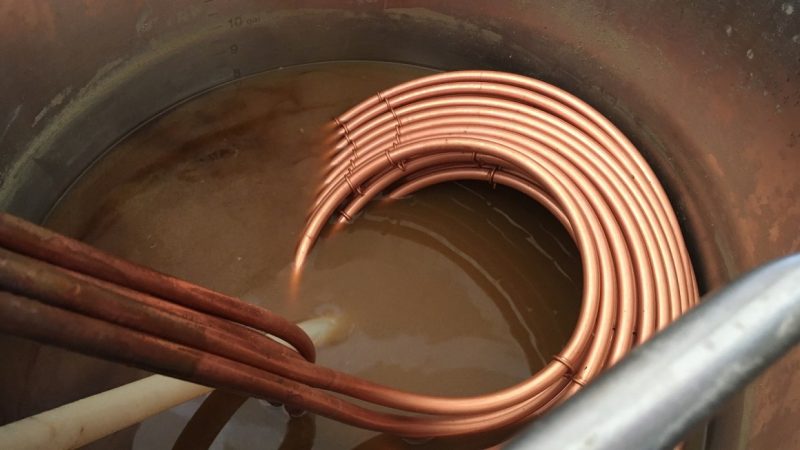 Hydrometer measurements showed both batches had achieved the same OG, indicating similar efficiencies, which at the very least supports the accuracy of the grain absorption rates in BeerSmith. 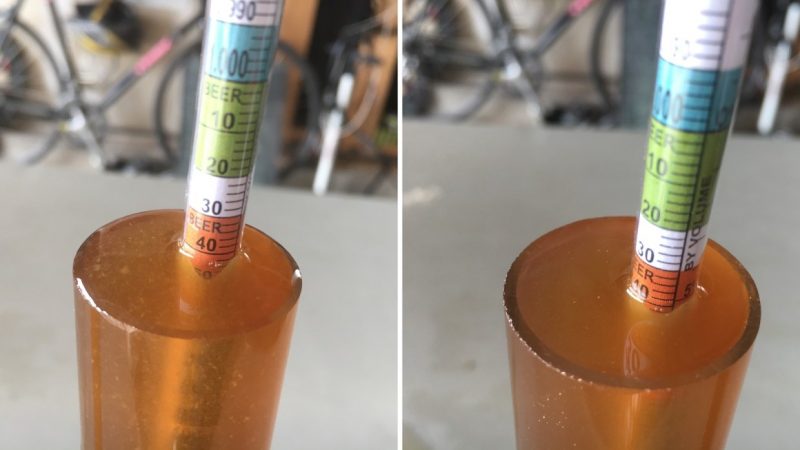 I filled separate glass carboys with equal volumes of wort from either batch then placed them next to each other in my fermentation chamber to continue chilling. Once both were at 64°F/18°C, I evenly split the decanted starter between them before hitting each  with 90 seconds of pure O2. I observed activity in both 12 hours later. 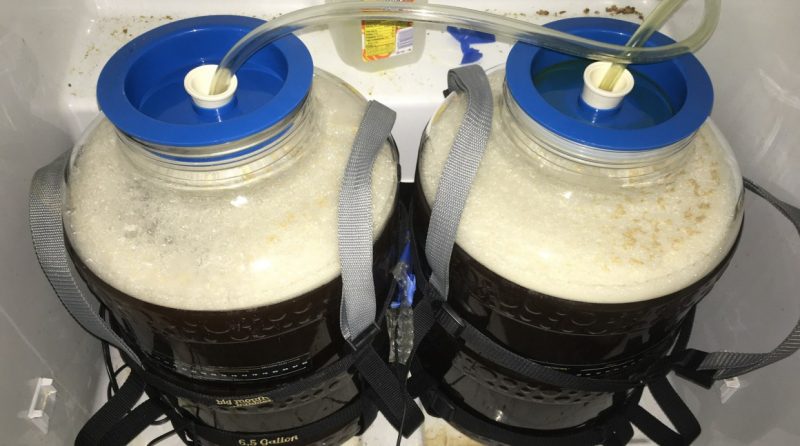 Fermentation appeared to be slowing at 3 days in, which wasn’t unexpected given the lower OG, so I began nudging the temperature in the chamber up in order to encourage complete attenuation and clean-up of any off-flavors.

With activity all but absent a couple days later, I took an initial hydrometer measurement that showed FG had indeed been reached; another reading a couple days later showed no change, confirming fermentation was indeed finished. 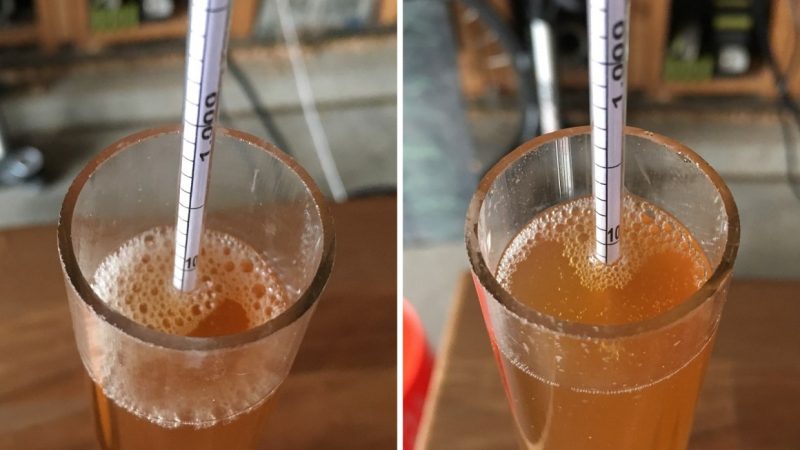 I proceeded with cold crashing, fining with gelatin, and kegging. 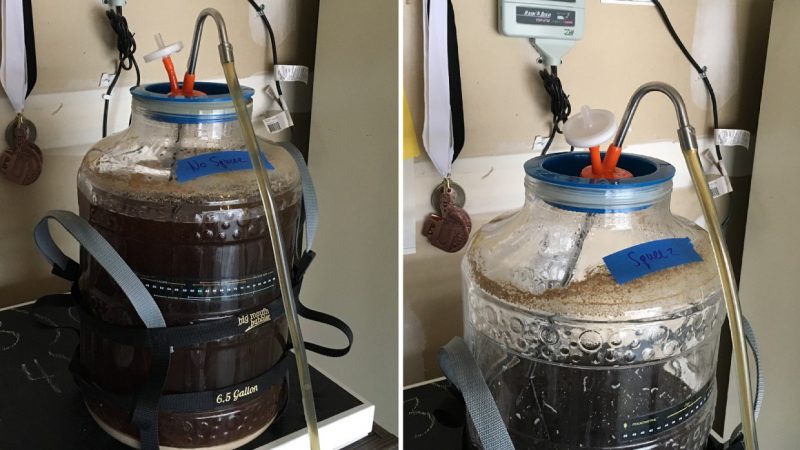 The filled kegs were placed in my keezer where they received a brief period of burst carbonation before the gas was reduced to serving pressure. Interestingly, the non-squeezed beer was crystal clear just days after being kegged while the squeezed beer maintained a noticeable haze. 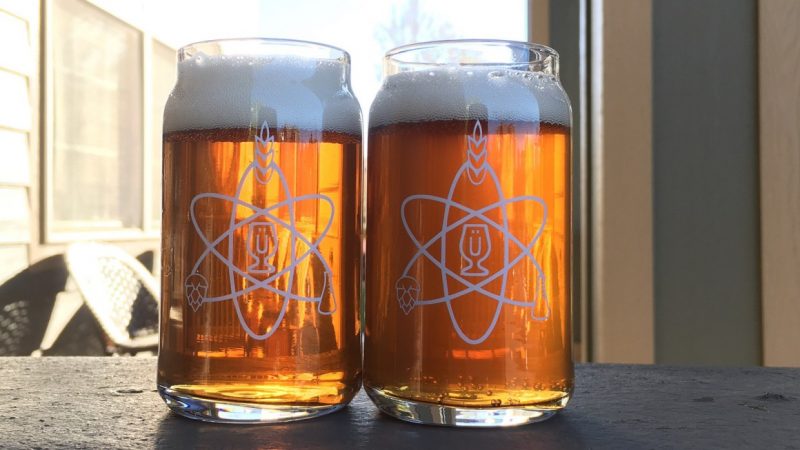 Cheers to The Brew Hut for hosting an awesome Big Brew Day where most of the data for this xBmt was collected! 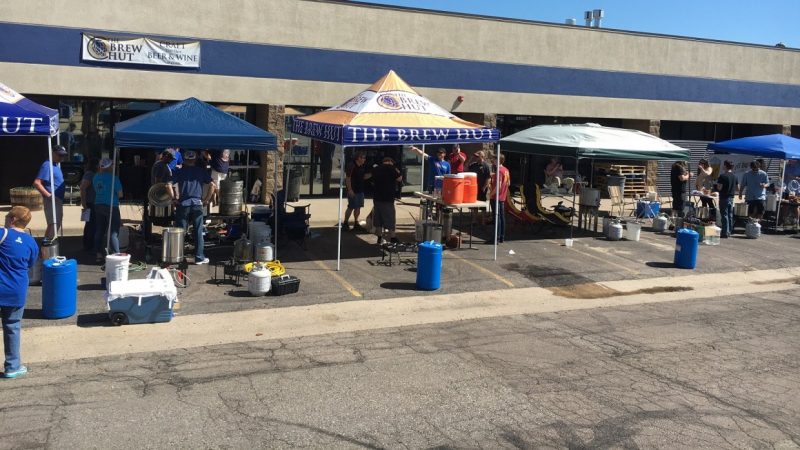 A total of 27 people of varying levels of experience participated in this xBmt. Each participant was served 1 sample of the beer made without squeezing the bag and 2 samples of the squeezed bag beer then asked to identify the sample that was unique. While 14 tasters would have had to correctly identify the unique sample in order to reach statistical significance, only 8 picked the odd-beer-out (p<0.05; p=0.72), indicating participants in this xBmt were not able to reliably distinguish a beer produced using the BIAB where the bag was squeezed from a beer made without squeezing the bag.

My Impressions: I simply could not tell these beers apart and was forced to guess in the multiple triangle tests I attempted, failing more than succeeding. To me, these beers were exactly the same in terms of aroma, flavor, and mouthfeel, the only place they were different was in appearance, which didn’t seem to have any impact on other characteristics. Of all the Bitters I’ve made this year, this was easily my favorite! I really enjoyed the dialed down Crystal malt character and the flavor contribution of Pekko hops, despite it being less than traditional for the style.

Concerns about astringency in beer make sense because it really is quite unpleasant, and hence avoiding practices that might potentially lead to astringency also makes sense. Of the various ways brewers have posited as to how this off-flavor is created, the non-significant results of this xBmt seem to demonstrate that squeezing wort out of a BIAB bag after the mash isn’t one of them and, in fact, supports that claims of bag squeezers that it has no perceptible impact on beer character.

One area it did seem to have an impact is on appearance with the squeezed batch maintaining a slight haze while the non-squeezed beer dropped bright almost immediately after being kegged. This seemed a bit odd to me, as I wasn’t expecting squeezing the bag to have any impact on appearance, so I brewed another batch where I squeezed the bag just to see if that result could be replicated. Lo and behold, the resultant beer had a similar haze that never dropped out. As much as I prefer clear beer, the fact the clarity difference wasn’t enough to make them reliably distinguishable by participants is pretty interesting.

For me, the effort and mess of squeezing the bag combined with the hit to clarity leaves me less than enthusiastic to continue using this method, even if it has no impact on beer character. For those who do prefer squeezing, these results suggest your method is probably a-ok and won’t lead to the mouth-puckering astringency some fear.