To the untrained eye, a homebrew recipe can look like a secret code of abbreviations, acronyms, schedules, and brewing lexicon better left for Alan Turing.

However, over time homebrewers have condensed beer recipes down to the essentials. Homebrew recipes are in an easy to reference format that can be quickly reviewed while planning and during the brewing process.

In this article, we are going to demystify the beer recipe code so that you can read a recipe like a pro.

At the top of a homebrew recipe, you will find the technical specifications of the beer. This is like the table of contents of a recipe. These measurements give you an overview of the beer and a target to hit while brewing.

The original gravity and final gravity determine the alcohol by volume (ABV), which may also be provided.

The bitterness level is listed as International Bitterness Unit (IBU) and is calculated based on the bitterness of the hops and the time they’re added during the boil.

The beer color is described by the Standard Reference Method (SRM), which is a standard chromatic scale for beer. Lovibond (L) is used to give a specific color imparted from a malt–the higher the Lovibond number, the darker the color.

The beer ingredient section is the contents that make up the specifications of a beer. The body of the recipe begins with the type of grains and sugars that go into the beer (grain bill or grist) and include all your malt and adjuncts.

After the grain bill comes to the hop schedule. The hop schedule details the number of hops to use (usually in grams), what variety of hop, the level of alpha acid that primarily imparts bitterness in the beer (a.a.), and how long they should be added to the wort.

Tip: hops additions are typically labeled with the time left until the end of the boil. So, a 60-minute hop addition during a 60-minute boil would be added right when boiling starts. A 5-minute addition is added 5 minutes before you turn off the heat.

The bottom of the recipe will list the variety of yeast. A more thorough recipe will suggest a fermentation schedule used as a guideline.

Remember, fermentation is only complete when there are two consecutive readings that are equal.

The instructions of a homebrew recipe put everything together. A complete recipe will have instructions on what to do with your grain bill, and temperature and time lengths for specific steps of the brewing process.

Some recipes will be more thorough than others, but most will provide the essential information of mash and boil temperatures and time lengths. 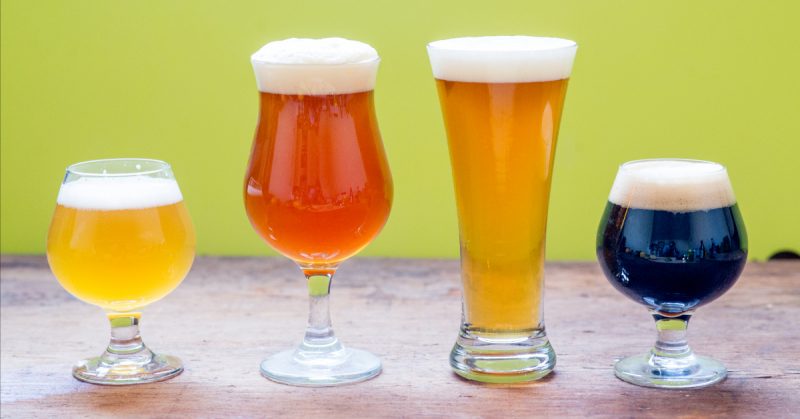 The best way to understand homebrew recipes is by making beer. Once you start to familiarize yourself with homebrew recipes, you will be glancing over them with as much ease as Mr. Turing.

When you start planning your next brew day, head over to HomebrewersAssociation.org to get inspired by 51 Craft Beer Clone Recipes, 25 Nationally Award-Winning IPAs, and 11 Must-Try Lagers,. You can also visit the American Homebrewers Association’s library of 1,000+ tried-and-true homebrew recipes.