Farmers know that if they want to increase crop yields, they need to breed their best-performing plants. The same goes for cattle ranchers who breed their largest cows with their biggest bulls. This holds true for pets, livestock, crops, and… brewer’s yeast.

Microorganisms can also be selectively bred. Humans have exploited the capacity of yeasts to ferment food and drink for centuries, and archaeologists and historians have argued that early craftsmen may have unknowingly selected for yeast strains that give beer its foamy, boozy power.

According to research published in the scientific journal Cell in September 2016, humans have been domesticating beer yeast since the 16th century. That means we had been breeding yeast for desirable beer characteristics for over a century before scientists discovered microbes in the middle of the 17th century.

Steven Maere of the University of Ghent and Kevin Verstrepen of the University of Leuven, both in Belgium, and their colleagues have been studying the genomes of culinary yeast species. Given that humans started brewing beer around 5,000 years ago in ancient Egypt, western Iran and northern China, the researchers expected that ancestors of modern brewing yeasts would date back thousands of years.

Instead, the team estimates that humans domesticated beer yeasts starting in the 16th century, coinciding with a period in Europe when beer-making moved from homes to pubs. And as brewers moved around Europe and to the New World, they took their yeasts with them. For example, US ale yeasts are closely related to British strains. 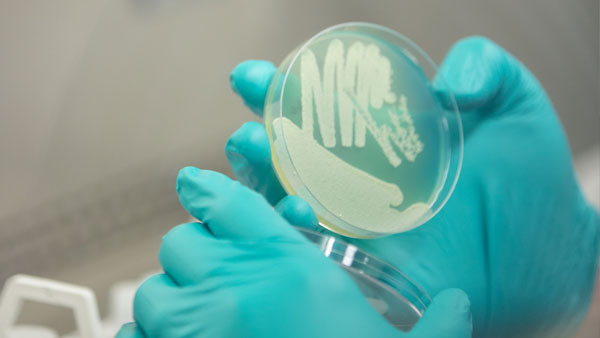 Today’s brewers have intimate knowledge of yeast, and they choose strains that improve their product and impart particular flavors. Until the work of Robert Hooke and Antoni van Leeuwenhoek, who identified microscopic organisms in the middle of the 17th century, followed by Louis Pasteur discovery of yeast’s connection to fermentation in the 19th century (prior to that, many believed fermentation to be a magical process sometimes referred to as Godisgood), nobody knew microorganisms existed.

However, brewers used a technique called “backslopping” in which part of an old batch of beer—yeast and all—was used to inoculate a new batch. Brewers took from a batch of beer they liked and continued using it, not realizing they were fine tuning favorable yeast strains to their liking, effectively domesticating them. Maere and Verstrepen suspected that regular backslopping would have caused yeasts to develop traits that helped them thrive in human environments but struggle to survive in the wild.

Working with a team from White Labs, the researchers analyzed the genomes of 157 different strains of yeast used to make beer, wine, spirits, bread and bioethanol. The process by which brewers have chosen specific yeast strains over time has caused brewer’s yeast to grow more distinct from its feral cousins than have microbes used for other commercial fermentations. Two major lineages of beer yeast were identified, one of which had been domesticated from wild species.

The beer yeasts showed signs of human influence—they’ve become quite dependent on brewing to survive, with many strains losing their ability to reproduce sexually. This is important because, during times of trouble, yeasts send sturdy spores out into the world to find somewhere to continue their genes.

Beer yeasts have lost the genes for sex and have instead put their energy into beer. Many strains that had lost their genes for sex maintained multiple copies of genes that allow them to grow on wort sugars. The yeasts used for other fermentation drinks, like wine and spirits, have more in common with related lineages and show that they continue to frequently mix with wild strains.

“We compare [yeasts used for wine or sake] to cats, while beer [yeast strains] are really more like dogs,” Verstrepen laughs in an audio clip of the study. “Beer is made all year, and so these yeasts are fed all year, they’re really quite spoiled, and they wouldn’t stand a chance outside.”

And wine yeasts have to survive in an environment without human help. Yeasts for wine arrive on grape skins but only are necessary for a brief period of the winemaking process. These wine strains may come and go as they please, while beer yeasts have been intentionally trained for our pleasure.

So what does this all mean for Maere, Verstrepen and their teams? They are trying to make better beer yeast just by breeding. And while the team of researchers owes a lot to brewers who have trained yeasts to make better beer, they now know which genes create specific traits and can begin combining properties of one yeast with those of another to make entirely new yeast strains that deliver what the consumer wants.

John Moorhead, the AHA Competition Coordinator, lives in Boulder, Colorado. If he isn’t tasting, brewing, or talking beer, you’ll see him running, roaming or biking around the mountains – or cooking Thai food and blasting vinyl.