Malt extract tends to get a bad rap. Some assume brewing with grains will automatically create better beer, which isn’t necessarily the case.

Sure you have more control over the brewing process and access to additional ingredients when undertaking the mash, but that is not to say that delicious, award-winning beers aren’t made with extract. Just take a look at past National Homebrew Competition winners.

Much of this stigma surrounding extract may stem from the fact that it is the standard entry-level brewing process. But, perhaps the beer you deemed sub-par was not due to malt extract, but rather amateur brewing processes or malt extract past its prime.

The point is, malt extract does not automatically knock a homebrew down a notch below mashed brews. In fact, many grain brewers use extracts for starter wort, to hit an undershot gravity, or compensate for fermentables in a high gravity batch.

But what type of extract is best for your brewing situation? Let’s take a look at the great debate of liquid malt extract (LME) versus dry malt extract (DME). 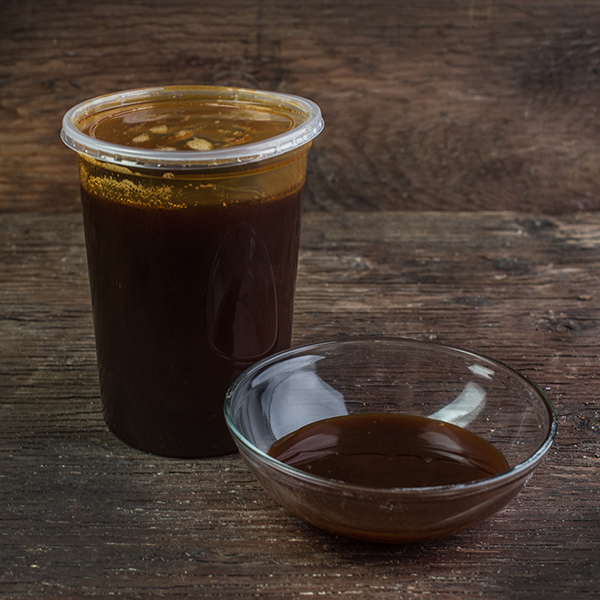 LME is basically made by conducting a typical mash and then dehydrating the wort down to about 20 percent water. What is left is a goopy, molasses-like syrup.

To some who have taken the time to test different extracts, LME simply creates a more pleasant flavor in beer, as noted in Designing Great Beers. In recipes calling for large amounts of malt extract, LME may be the best option for a bulk of the fermentables.

And while it can seem like a pain to get all the LME into the boil, it can easily be done by swishing around some hot water in the container to get all that sugary-goodness. LME can also be purchased already hopped, so if you are brand new to beermaking, it cuts out one additional step for a quicker and easier brewing experience.

While LME is said to have a shelf life of up to two years under ideal conditions (cool, dark and dry), it does have the tendency to experience degradation over time. The color of LME can nearly double when stored improperly and/or for long periods of time.
This darkening can be the cause of off flavors reminiscent to licorice, molasses, ballpoint pen and soap. Combined, these off flavors are likely the stale, “extract twang” people sometimes experience. 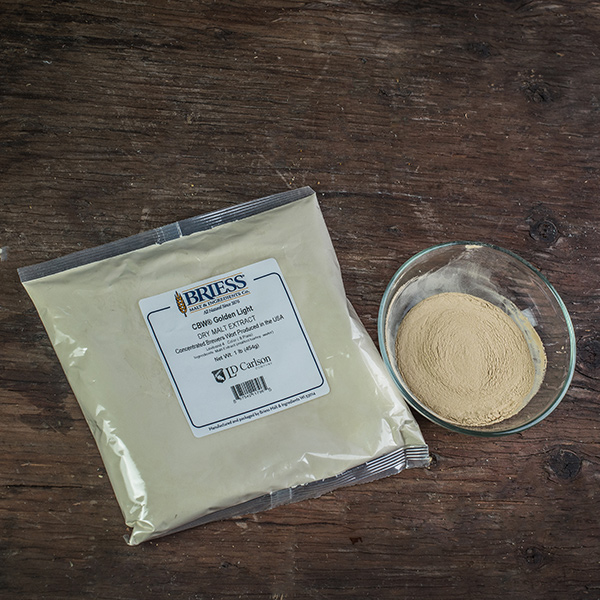 DME is created the same way as LME except it goes through an additional dehydration step which reduces the water content down to about 2 percent. Because of the lower water content, DME tends to have a better shelf life without the darkening issues of light malt extract.

Being in powder form also allows for much easier weighing compared to LME when not using an entire package. When you’re done, simply squeeze out as much of the air as possible from the package, seal it tight and store in a cool, dark area.

The downside to DME’s dry form is its hygroscopic properties. What this means is as soon as the DME is exposed to air it begins taking in moisture which in turn causes the powder to clump and become a hassle to work with.

You may have experienced this when trying to dump DME directly from the package into a boil. The steam begins to coagulate the DME and eventually you are left with gummy clumps that don’t seem to want to dissolve. This can even happen by simply being in a humid environment.

All things considered, each form of malt extract has its pros and cons. Based on your brewing process and goals, you may find that one is better suited for your situation than the other. Or it may vary from one recipe to the next.

A great way to find out which extracts you prefer is to test them each out in a miniature batch of beer. Add a few ounces of extract to a quart of water and boil for 10-20 minutes. If doing side by side comparisons, try to keep the original gravities or extract weights the same across the board. Then pitch enough yeast to ferment out the beer. After fermentation, take final gravity readings to get an idea of the attenuation potential, and more importantly conduct a taste test to see which extracts your pallet prefers.

The key thing to remember, whether using the dry or liquid form, is that you can create great beer with extract, but the extract needs to be fresh and stored properly.

We Don’t Need No Stinkin’ IBUs