As a brewing ingredient, pearl barley is relatively new to both the craft beer and homebrew industries, but it has long been a traditional food source for areas of South America because of its rich nutritional value. Because pearl barley is abundant in natural fiber, low fat and has a low glycemic index, it is commonly used as a side dish, in soups or salads and in cereal bars.

Patagonia Malt, the brewing division of Chile-based Maltexco, recognized the interesting flavor of pearl barley as well as its nutritional benefits to brewer’s yeast and decided to experiment with it as an ingredient.

Barley becomes “pearl” barley after the husk is completely removed and it undergoes a polishing process. The end result is a glossy, light-colored grain that you may have seen in your grocery store’s bulk section. Patagonia Malt then takes the pearl barley and carefully roasts it to three levels: 340L, 415L and 490L.

The initial tests on roasting pearl barley at Patagonia Malt were met with challenge. Because the pearl barley does not have a husk, it is thinner than barley that’s typically kilned at the Talagante, Chile roasting facility. This caused the pearl barley to “leak” through the roaster, but this issue was quickly remedied to accommodate the smaller specialty grain. 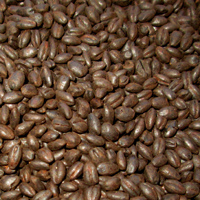 The overlying difference between Black Pearl Barley and other roasted barleys is that the husk has been completely removed from the grain. This allows for the characteristics of a roasted barley, like chocolate, mocha and coffee to shine through without being accompanied by the bitterness that many dark specialty malts often instill in beer.

The fan-favorite, 340L, is described as having a low roast taste with minimal bitterness. Mellow chocolate flavor mixed with subtle notes of coffee and nuts can be found, but without the acrid bite or astringency often inherited from the in-husk roasted barley. The 415L and 490L are described in a similar fashion, but are said to be more aggressive, with a touch more bitterness as they get darker.

Because the bitterness from the Black Pearl Barley, particularly the 340L, is minimal, Patagonia Malt says that brewers can use Perla Negra for as much as fifteen percent of the grain bill, achieving the aforementioned flavor and aroma characteristics with low bitterness. For this reason, it is an ideal specialty grain to use for dark beers without instilling dominant burnt characteristics.

Patagonia malt reached out to three Chilean microbrewers and a homebrew supply store to experiment with Black Pearl Malt. Upon receiving encouraging feedback, Black Pearl Malt was officially made available to the public early in 2011. 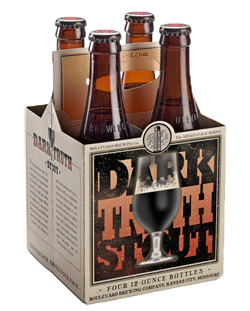 In 2012, Steven Pauwels, Boulevard Brewing Company brewmaster, judged at Copa Cervezas de America Chile, an event sponsored by Patagonia Malt. While in Chile, Steven visited the Patagonia Malt facility where he sampled the Black Pearl Barley and other malts.

“The Patagonia Malts have similar characteristics to European malts,” Pauwels shared. “We like the Black Pearl Barley because it gives a black color and nice roast[y], coffee flavors without the phenolic, smoky character.”

“Availability is a work in progress,” shares Pauwels in regards to obtaining Patagonia Malt. Advanced orders are made to ensure the grains are available for special projects or limited release beers.

For more information on Patagonia Malt, see “Malt from the End of the Earth,” by John Holl on BrewersAssociation.org.

6 Homebrew Con Recordings That Will Make You a Malt Master

Despite its reputation for being a whiskey-country, Ireland has been a big player in the …More