The crystal clear lagers and finely-filtered commercial beers in television advertisements create the impression that quality is reliant on the clarity of a brew. In certain cases this is very true. For some, simply seeing a foggy pale ale or opaque pilsner is off-putting—and this is without even taking a sniff or sip.

But tasty homebrew often comes out hazy because we don’t all have filtration devices like the big (commercial) guys. Fog and haze can be caused by a number of factors throughout the brewing process, some of which negatively affect both the visual and drink experiencing.

We took a look at one of the only finings that can be added to the boil to promote clarity, Irish moss.

What is Irish Moss? 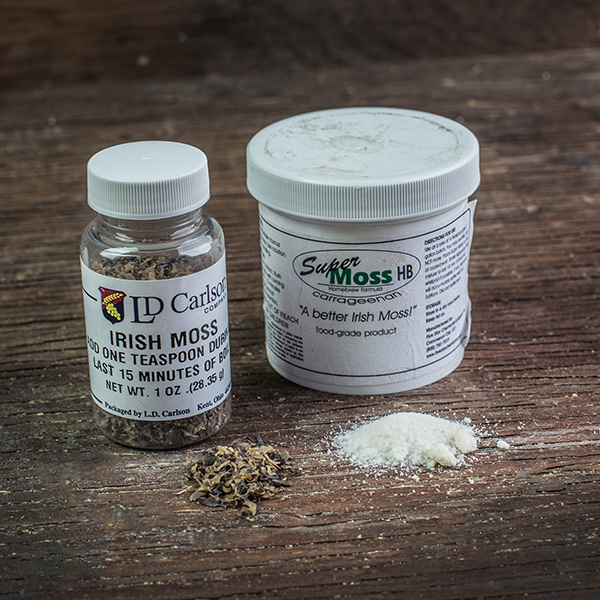 Don’t let the name fool you. Irish moss (Chondrus crispus) is not the fuzzy, green plant covering stones and creeping up old walls. It’s actually an edible seaweed that grows along the rocky Atlantic coasts of Europe and North America. Typically dark red, purple or brown, the soft marine plant has been used as a brewing additive for nearly 200 years.

Irish moss comes in both dried, tea-like leaves and concentrated powder. SuperMoss, Whirlfloc and Breakbright are some of the Irish moss products available to homebrewers. Your preferred hombrew store likely has one, if not all, of these options.

How Does it Work?

A majority of the Irish moss plant consists of carrageenan, which is key to clarify beer during the boil. Carrageenan has a negative electrostatic charge. Protein clumps from the boiling wort’s hot break are positively charged. Because of the attraction between proteins and carrageenan, larger clumps of hot break material form, making them more likely to precipitate out of suspension in a faster manner. Ultimately the clumps will not make it into the fermenter.

If you aren’t worried about clarity, don’t write off Irish moss just yet. It is possible that transferring excess break material to the fermenter can cause staling in the final product as well as body and flavor issues.

How is it Used in Brewing? 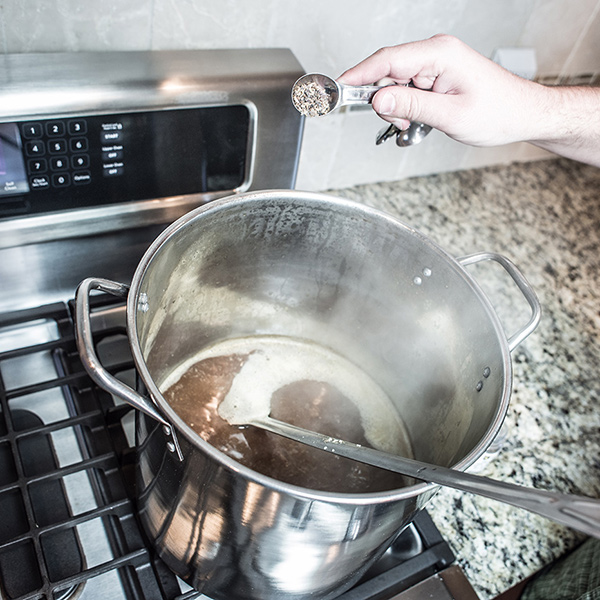 Always follow instructions for each specific type of Irish moss . Generally speaking, all Irish moss products are rehydrated and added within the last 20 minutes of the boil.

Sources: Brewing Better Beer by Gordon Strong; How to Brew by John Palmer; The Oxford Companion to Beer by Garret Oliver et al.; “I Can See Clearly Now…” by John Palmer (September/October 2003 Zymurgy)