This is part 3 in The Beer Off-Flavor Series by Drew Beechum.

This little ketone (C4H6O2) flummoxes the beer world. In some styles, such as British/Irish session ales and classic Bohemian Pilsners, a low level of diacetyl can be desired, lending richness and mouthfeel.

In the United States and Germany, however, diacetyl is almost universally considered a flaw that should be avoided at all costs. 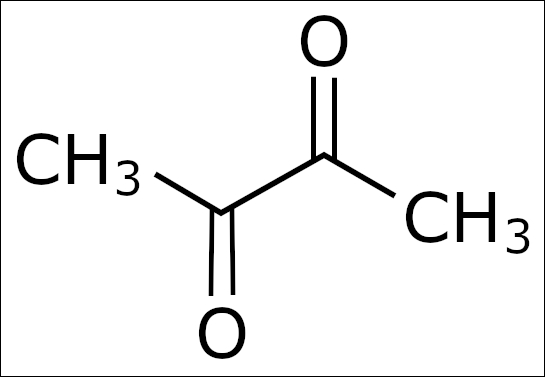 The following characteristics are common when diacetyl is detected in beer:

Diacetyl, like acetaldehyde, is a byproduct of fermentation. During the same process that converts pyruvate to acetaldehyde (get caught up here!), various amino acids and intermediate chemicals are created, including acetolactate. If your yeast is not healthy and up to the task of fermentation, this compound can be oxidized into diacetyl, leaving you with butterbeer and no magic wand!

Solution: Pitch healthy, viable yeast and you’ll experience cleaner beers in a hurry! Making a starter is a great way to ensure your yeast is well fueled and ready to handle the cleanup process.

Allowing fermentations temperatures to get out of hand can lead to many issues, including diacetyl. If fermentation temperatures run too hot, you’re running the risk of runaway diacetyl production. If temperatures get too cold or you cold crash too soon, the yeast drops out of suspension before it can finish its job fermenting and “cleaning” the wort of various off-flavors.

Solution: Do what you can to maintain fermentation temperatures within the range ideal for the particular yeast strain being used. Having a temperature-controlled fermentation chamber, such as a mini-fridge, offers the most control, but you can also typically find areas in your home with minimal temperature fluctuations.

When making lagers, you might also consider a diacetyl rest just before the beer is lagered (cold conditioned). This rest is a classic lager technique that encourages diacetyl cleanup by making the yeast more active. Simply take your fermentation from around 50°F (10°C) to a more ale-like range of 60–65°F (16–18°C) for two to three days before dropping the temperature to near freezing for lagering. Exact timing schedules are yeast- and brewer-dependent, so experiment and find what works for you. 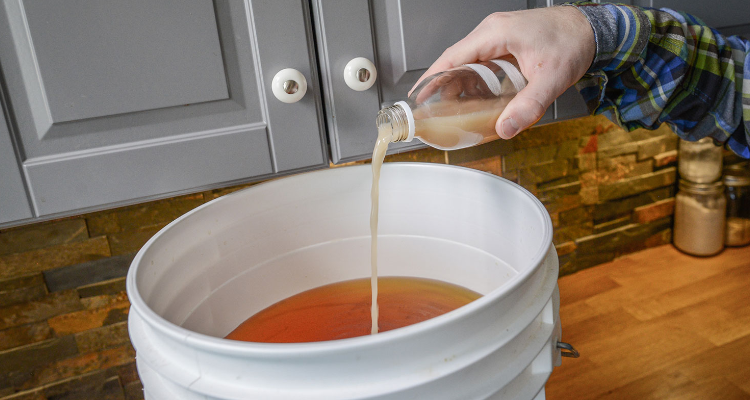 A number of yeast strains naturally produce more diacetyl than others and have different rates of acetolactate conversion to our cleaner aroma compounds. This includes a number of British strains, such as the infamous “Ringwood” strain. Do your research on new-to-you strains if you’re unsure if it’s a prolific producer, and plan ahead for any additional steps that will help reduce diacetyl.

If you choose a neutral strain, you’re in luck! As long as your yeast is healthy and you practice good fermentation management (i.e. maintaining desired temperatures), you’re beer should finish diacetyl-free.

If fermenting with a yeast notorious for diacetyl, like many classic Munich lager strains, additional effort may be necessary to reduce diacetyl. Performing a “diacetyl rest” towards the end of fermentation is a common technique when fermenting lagers. During a diacetyl rest, the temperature of fermentation is raised to encourage more yeast activity in a final effort to clean up diacetyl. Though typically a lager technique, many brewers also utilize a diacetyl rest when working with diacetyl-prone ale yeasts, but I don’t see much value since your yeast has already been in the zone!

Pediococcus damnosus (and Lactobacillus to a lesser extent) can produce tons of diacetyl. Weep for your beer and burn your fermentation gear to the ground—it’s the only way to be sure. (Not really: just sanitize the hell out of everything and throw away plastic parts.)

If you suspect your diacetyl issue is derived from contamination, review your sanitation practices. Ensure all equipment is thoroughly cleaned of debris and then sanitized if it will come into contact with the beer any time after the boil. Also consider equipment, such as those that are plastic/rubber that may be harboring bacteria in spaces like scratches and cracks.

Although this is typically more of a professional bar problem, running beer through dirty tap lines can impart off-flavors, including diacetyl. 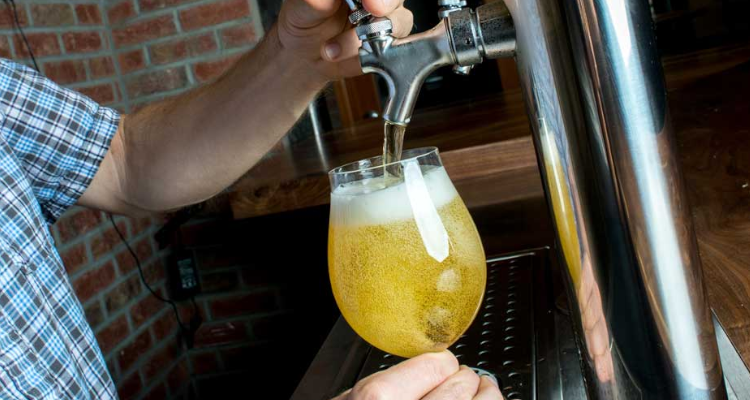 If you don’t think your brewing procedures are the cause of diacetyl, it could be due to dirty/contaminated tap tap lines.

Always aim to prevent the formation of any off-flavors from the start, but in the case of diacetyl, there is an option for “cleaning” up your beer with various degrees of success.

Repitch Yeast: If your yeast wasn’t able to clean up diacetyl from fermentation, you may need to call in for backup! Create a yeast starter and pitch it when it reaches high kräusen (peak fermentation activity). Allow the yeast to work its magic for a week and then test. If it’s clean, rack and enjoy! If not, let it sit a bit longer. You might also consider adding some fresh starter wort to give your mop up crew some more food.

Scrubbing: You can also try bubbling CO2 through a keg of beer from the “out” port and through an open pressure relief valve or hose attached to the “in” port that sits in a bucket of sanitizer. Just set your gas tank to a low setting of 2–3 psi, and make sure your keg has been depressurized as well! Remember, CO2 doesn’t know you want it to selectively remove diacetyl, and it will tear out other volatile compounds (esters, hop aromas, etc.) and throw them out into space.

How to Make Sake at Home