Discussions about water can get complicated fast, especially if you aren’t familiar with hydrology. But there are a few basics that specifically apply to the homebrewer, which can set the foundation for further exploration into the realm of brewing water.

Let’s take a look at the four key aspects of water that relate to homebrewing and how they affect the beer making (and drinking) process.

pH is the measurement of acidity in water. The amount of concentrated hydrogen ions determines where a sample of water will fall on the 0-14 pH scale. A neutral reading (seven) indicates there is an even balance of hydrogen and hydroxide ions. Anything below seven treads into acidic territory, and above seven towards the base side of the scale.

The affects of pH begin in the mash and follow through to the last sip of a pint. pH influences everything from enzymatic activity and fermentability to color and taste of beer, making it a crucial aspect of water. However, it is a common misconception that water must be a certain pH prior to brewing. While this is somewhat true, the real concern is achieving a certain pH in the mash and ultimately in the kettle. After all, mash pH directly affects kettle pH, and kettle pH ultimately impacts how the character of beer will be perceived on the palate.

Ideally, mash pH should be in the range of 5.1-5.8 (5.2-5.5 being optimal). When lautering, it is key to ensure that the pH of the runoff is not above 5.8, since this is when astringent, lip-puckering tannins can make their way into the kettle. Many brewers who have issues with runoff pH being too high will use phosphoric acid to acidify the sparge water. The final beer should be in the 4.2-4.4 pH range to achieve optimal taste and stability. Brews above 4.5 will likely exhibit heavier, harsher character with a lacking freshness. Below 4.0 can start to create a thin drinking experience and even add an unintentional tartness. 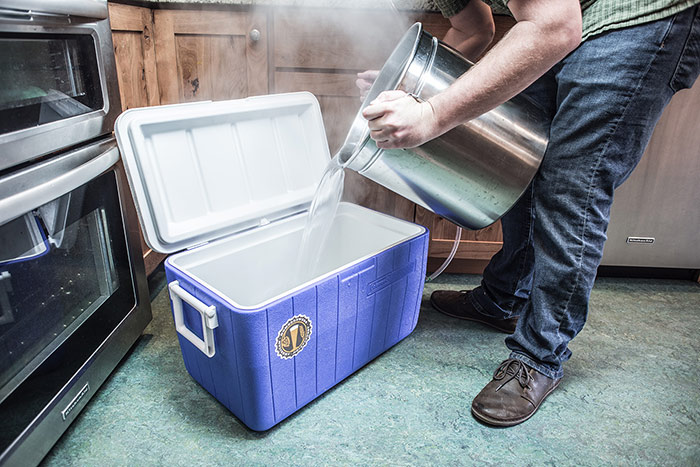 Chances are you’ve heard of “hard water” before, especially if you live in an area that has hard tap water. Hardness was originally developed to indicate how difficult it is to get soap to lather in the water sample, which is not all that useful when it comes to homebrewing beer. However, hardness can also be used as an indicator of the amount of calcium and magnesium ions in water.

Hardness is categorized as either temporary or permanent. Temporary hardness is a signifier as to how much calcium carbonate is present, which can be reduced by boiling the water and allowing the calcium carbonate to precipitate out. Permanent hardness on the other hand is based on the amount of sulfates and chlorides present.

While hard water might not be pleasant to drink, the calcium present is key to brewing, so it’s not typically a priority to reduce the hardness of brewing water.

Alkalinity is a measurement of how much a water sample will resist a change in pH, otherwise known as water’s buffering capacity. Hydroxide, carbonate and bicarbonate ions primarily contribute to alkalinity, which undergo reactions with acidic substances that increase water’s pH value. On water reports, alkalinity is often times recorded as the amount of bicarbonate or calcium carbonate.

Because much of the United States water sources have medium to high alkalinity, it can cause the mash pH to increase, which can cause mash efficiency issues and carry over into the final beer as an overall dullness and other unfavorable characteristics.

The alkalinity remaining in solution after phosphates present in malt react with the calcium and magnesium water, which precipitates out insoluble salts lowering the pH, is termed residual alkalinity. In the end, it is largely the residual alkalinity and the acidity of the malts being mashed that will determine the mash of the pH and affect the outcome of the final beer. 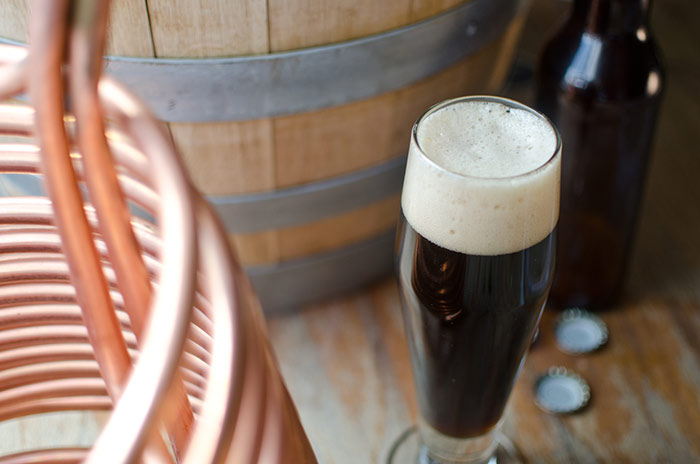 Sometimes called stylistic ions, flavor ions are the most important when it comes to affecting beer character. Flavor ions include sodium, chloride and sulfate, while calcium and magnesium mainly affect hardness and carbonates and bicarbonates affect alkalinity. Together, all three groups affect pH and mash chemistry, which impact the flavor of the final beer.

Calcium is arguably the most important ion for brewing. It affects enzymatic activity in the mash, protein coagulation during the boil and benefits yeast health. Clarity, flavor and stability of the final beer all rely on calcium. Ideally, the mash should have 50-200 ppm or calcium.

Magnesium also affects mash pH, but to a lesser extent than calcium. It mainly enhances flavors and sourness when present at lower levels. 10-30 ppm of magnesium will help this flavor accentuation and act as a yeast nutrient, but as concentrations exceed 50 ppm, an unpleasant sour-bitterness and astringency can become apparent.

Sodium also helps round out flavors, particularly accentuating malt sweetness, at an ideal concentration of 70-150 ppm. In higher concentrations (>200 ppm), sodium can add harsh salty-sour notes and potentially become toxic to the yeast.

Chloride accentuates a fuller body and sweetness in beer, particularly in malt-forward styles. In appropriate quantities it will also improve stability and clarity, but in excess it can cause a harsh drinking experience.

Sulfate, on the other hand, accentuates a dry crispness and hop bitterness in beer, particularly in hop-forward styles. If concentrations exceed appropriate amounts, a harsh, sulfury quality can be instilled and the hop bitterness can come across as harsh.

Bicarbonate is the primary source of alkalinity in beer. Its role affects the pH, more specifically the ability to alter the pH, of wort and ultimately the final  beer.

Techniques for Using Cannabinoids in Brewing