On December 3, 2017, the American Homebrewers Association (AHA) and the Brewers Association (BA) will hold the second annual Capitol Hill Staff Homebrew Competition, bringing together Republicans, Democrats, and other staffers in a friendly competition.

When asked about the purpose of the competition, AHA Director Gary Glass stated, “This competition, open to legislative staff and other federal employees on Capitol Hill is a fun non-partisan outlet for the Hill staff, while helping to increase awareness of and appreciation for homebrewing with this influential group.”

There are 16 entries in a variety of beer styles that will be judged on their own merits and against each other. Category winners and a Best of Show recipient will be announced by members of the House and Senate Small Brewers Caucuses, alongside BA President & CEO Bob Pease, at the Capitol Hill Tasting event on December 12, 2017.

New this year, the highest-scoring beers of the House and Senate will go head-to-head and the winner will be announced during the awards ceremony with a trophy presented to the Chair of the winning Small Brewers Caucus. 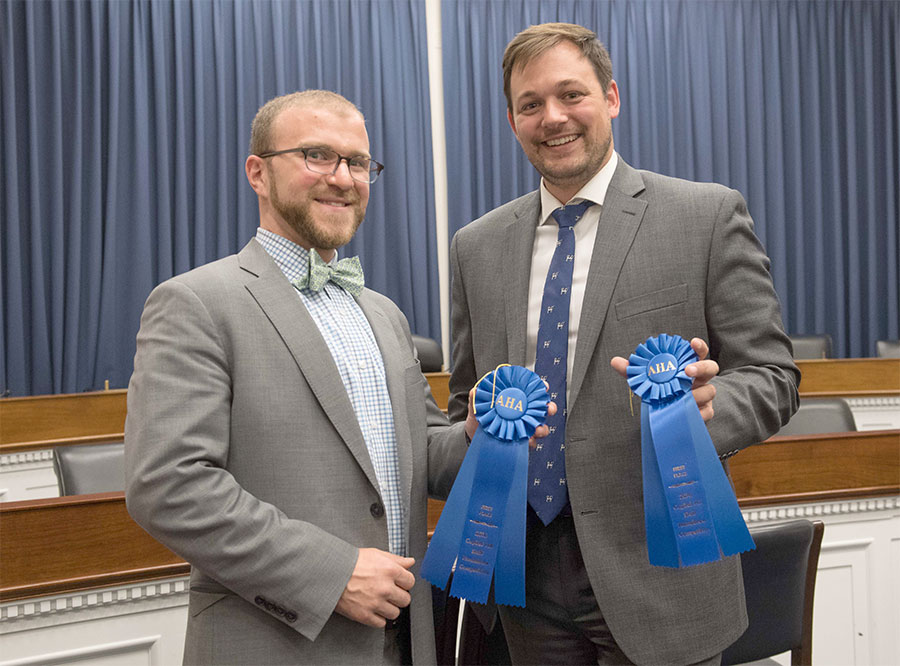 “The Capitol Hill Homebrew Competition brings together and celebrates the homebrewers on Capitol Hill in a fun and friendly way, celebrating the roots of the small and independent craft beer movement in this country,” says John Moorhead, AHA Competition Organizer and manager of the competition.