The 28 entries were evaluated by an elite group of certified beer judges and professional brewers. Gary Glass, director of the AHA, and John Moorhead, AHA competition manager announced the winners.

“Craft beer is a unifying force and shared passion on Capitol Hill and something we can all agree on,” said Gary Glass, director, American Homebrewers Association. “It is great to see staffers, members, and employees collaborate together to produce unique homebrews that reflect the hometowns and favorite styles of the Capitol Hill community. Congratulations to this year’s winners and thank you to all who participated in the competition.”

The House vs. Senate Best on the Hill Award went to the Senate this year. This honor is awarded to the congressional chamber that accrues the most points in the competition by category. The Senate accrued 18 points, the House, 12 points.

Images from the awards reception are available for use and download here. 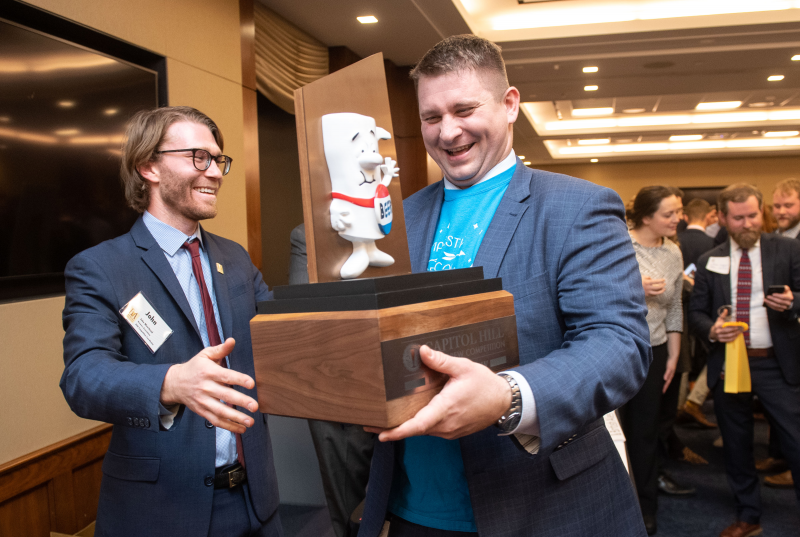 The Brewers Association is an equal opportunity employer and does not discriminate on the basis of race, color, national origin, gender, religion, age, disability, political beliefs, sexual orientation, or marital/familial status. The BA complies with provisions of Executive Order 11246 and the rules, regulations, and relevant orders of the Secretary of Labor.

From the Glass: Legislative Update (January/February 2020)