Homebrewers are a frugal, smart group. They build their own brewing rigs, grow their own ingredients and are always looking for ways to cut costs while not sacrificing quality. All of these innovative (and sometimes ingenious) ideas are wonderful for the hobby, but, as a hobby, is homebrewing cheaper than purchasing commercial beer?

Simpson and Dura provide wonderful insight to the overall costs of homebrewing. However, you must take into account that costs will vary from homebrewer to homebrewer, and availability of ingredients, time and labor (which both case studies chose to exclude), energy (i.e. propane, electricity), equipment costs, bottles and quality of the beer brewed all must be considered.

It’s important to recognize all cost-contributing factors, and weigh those into calculating the cost of homebrew to commercial beer. The following case studies are not intended to decide whether homebrewing is cheaper than purchasing commercial beer, but rather to provide insight and analysis. These case studies are not representative of all homebrewers and their costs. 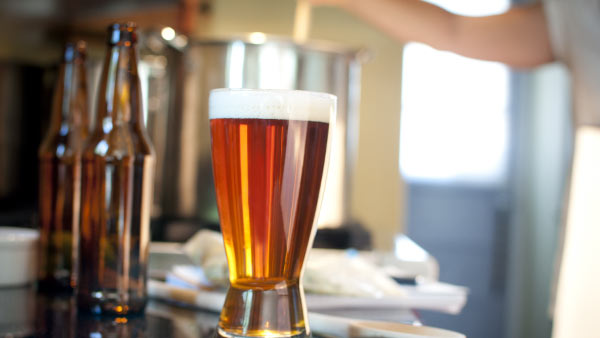 Before Don Simpson begins addressing the cost of homebrewing, he starts out addressing the value of time into the cost of making beer—and argues it shouldn’t be a factor. The value of someone’s time is used to justify not doing something and paying someone else to do it. However, many people continue to homebrew because they love the beer they create, enjoy sharing it and love exploring new ideas.

However, after he was told by his sister’s friend from Bavaria that although it was a good beer, the color was a bit dark. He made the decision to brew all-grain in order to fix the color.

He purchased all-grain equipment, which ran about $500, along with $30 for the ingredients to make a 6 gallon all-grain batch (he buys grains by the sack and grinds them at home, saving a little more money). For consistency, we used the cost of ingredients ($30) and the $64 for eight six-packs of the same beer style, and took the difference, making a savings of $34 ($64 – $30 = $34). Using the same formula above used to calculate the break-even number for extract brewing, it’d take about 15 batches to break-even with all-grain brewing. Cost of start up equipment ÷ savings per batch ≈ number of batches to break even ($500 ÷ $34 ≈ 15).

The case study concludes that homebrewers will eventually reach a break-even point, but also acknowledges that some homebrewers let their love of brewing escalate to “hobby” status where new methods, exotic ingredients and equipment outweigh expense. 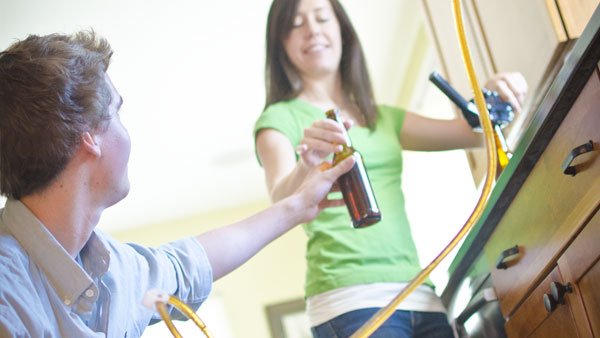 Inspired by Don Simpon’s analysis, John Dura provided his own cost analysis for homebrewing. He used a similar model, but instead of just arriving at a marginal (or incremental) cost of 5 gallons of homebrew, he calculates the depreciation of investment in equipment over its economic life, and rolls it into cost of production.

He assumes the average homebrew is brewed in 5 gallon batches with a cooler mash system, a decent 10 gallon kettle (with ball valve and thermometer) with a jet style propane burner, and has all the necessary equipment to support this style of brewing: carboys, temperature controllers, a fermentation heater, lots of bottles and a bench capper. Dura calculated the initial investment is about $1,357. However, much of this equipment doesn’t need to be replaced (he’s been brewing on the same equipment for 25 years) unless it breaks (carboy, siphon, etc.).

John also assumes annual expenses such as siphon tubing, cleaning materials and sanitizing chemicals, which come to about $27 a year. Dividing these costs over 12 batches (one year) results in $2.25 per 5 gallons. If you even brew 10 times a year, your cost is $2.70 per 5 gallons.

For the direct costs of grain (pre-crushed), liquid yeast, hops, priming sugar, propane and bottle caps, John estimates $46 for a robust recipe. For the sake of argument, he sets labor cost at $0 because homebrewing is a hobby of enjoyment not forced labor.

His conclusion is that homebrewers enjoy their beer for less than a dollar (or about a dollar if you keg) per 12-ounce serving, and that doesn’t account for the joy of creating something that’s your own, which is priceless. 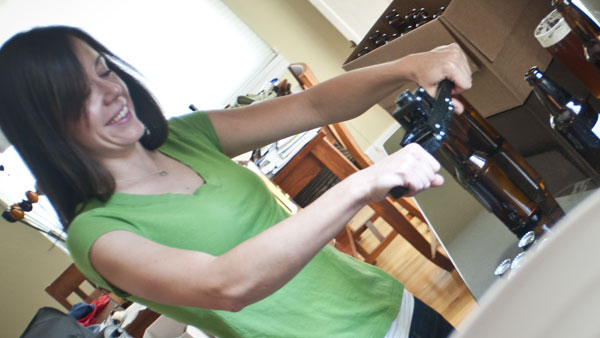 Case study #2 concluded a bottle of homebrew costs $0.96, given all factors remain the same, compared to $0.63 for a macrobrewed beer and $1.38 for a craft beer.

The data above shows that over time, homebrewers can slowly cut costs on beer they enjoy. The rate of the payback remains indefinite given the multitude of factors that can be calculated in analyzing the cost-effectiveness of homebrewing.

The Simple Steps to Make Beer