Homebrew Gadgets to Improve Your Brewing

Homebrewers are a resourceful bunch, and we’re always finding creative ways to simplify the brewing process and ultimately improve the quality of our homemade beers. The following DIY homebrew gadgets were submitted by homebrewers and AHA members like you!

Be sure to check out the January/February 2016 Zymurgy magazine—the 10th Annual Homebrew Gadgets issue—for even more great DIY homebrew projects.

Do you have a cool homebrew project? Share it on the AHA Forum!

“I estimate that this device has decreased the time it takes to cool my wort by approximately 50%.” – Submitted by Dale Raven, Florida 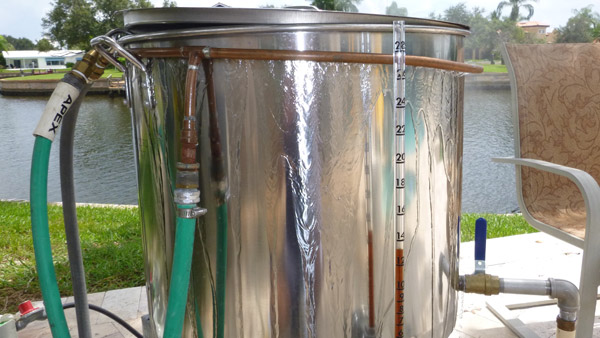 The cooling process is crucial to not only hit appropriate temperatures for pitching yeast but to prevent contamination and other faults. Traditional systems of chilling include immersion and counter-flow chilling, but Dale Raven has come up with an additional method to make the cooling process even faster. His invention simply involves cascading water over the outside of the kettle to help speed up the chilling process. But, it’s not as simple as taking a hose and spraying it on the side, since you run the risk of water contacting the cooling wort that can cause contamination.

Here are the directions on how to make the cooling loop, from Dale himself:

The cooling loop is made of 3/8” bendable copper tubing, connected with a “tee” and a garden hose connection fitting. The inside of the tubing was drilled with 1/16” to 5/56” diameter holes around the inside edge, with a slight downward angle. I bent the copper to the correct shape and diameter of my 120 quart brew kettle by bending the copper tubing directly around the kettle.

“My idea was to build a false lid that could slide down inside the mash tun and reduce the air gap that was stealing my heat.” – Submitted by Jim Hill, North Carolina 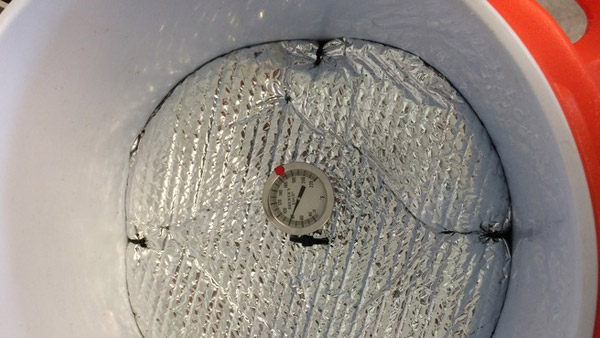 Maintaining a target temperature during the mash can make or break a beer, and losing temperature can turn out a homebrew that you may not have planned for. The more “dead space” between the top of your grain bed and the lid of the mash tun, the more air, and the higher the chance that temperatures will drop significantly. Jim Hill saw this as a hindrance to his process of brewing great beer at home and set out to make something to reduce the impact of dead space on mash rest temperature.

Hill’s idea was to make a false lid that would fit inside the mash tun and could be pushed down just above the grain bed. The lid was fashioned out of insulated reflective bubble wrap, which can maintain mash temperatures for the full duration of the 1-hour rests.

To make this contraption, Hill took a 5-gallon bucket lid and cut two pieces of the reflective bubble wrap, which he secured to each side of the lid using zip ties. Additional holes were drilled in the center of the lid to add a zip tie handle and a place to put a temperature probe. The snug fit of the lid allows it to be pushed to the desired level where it will sit securely. Simple, but effective!

“I love my banjo burner, but it is very sensitive to wind. I tried numerous things to shield it from the wind, but all of them were problematic.” – Submitted by Rob Rouse, Virginia 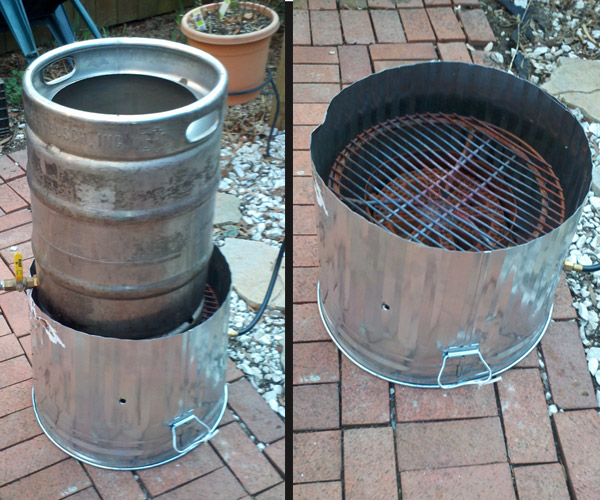 Outdoor brewers who use propane burners are often at the will of Mother Nature’s wrath, particularly when it comes to wind. The effectiveness of the burner’s heating abilities can greatly diminish when working against the wind, and it’s not unusual for the burner to be blown out altogether. This can be particularly dangerous if you aren’t carefully monitoring the burner, since once the flame goes out, gas will still be dispensed.

Acting on a suggestion from his wife, Rob Rouse inverted a metal trash can and cut off enough of the bottom so that it covered the burner. A hole was cut for the regulator and gas line, and wind is no longer an issue on gusty brew days! Rob recommends filing the edges of the trash can where cuts were made to prevent potential scrapes and cuts.

“When my son and I went to brewing in a 17 gallon pot we found a large discrepancy in temperature between the bottom and top of the wort during cooling/whirling pooling process.” – Submitted by Dennis Stevens, Virginia

Quick and efficient cooling is a crucial step in homebrewing for a few reasons, including the prevention of oxidation and contamination, but most importantly to get it down to a temperature where the yeast can be pitched without fear of shock. Dennis and his son were having issues uniformly chilling their wort in their large boil kettle, which slowed down the cooling process and increased the risk of things like contamination and oxidation. 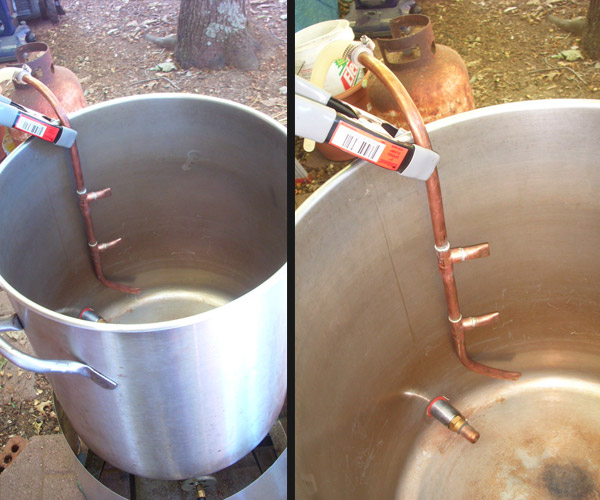 The solved this issue by rigging up a system that circulates wort on multiple levels for a quicker, more uniform chilling process. This system also has the added bonus of promoting a quality whirlpool that can help reduce the amount of sediment that is transferred into the fermenter after cooling is finished. 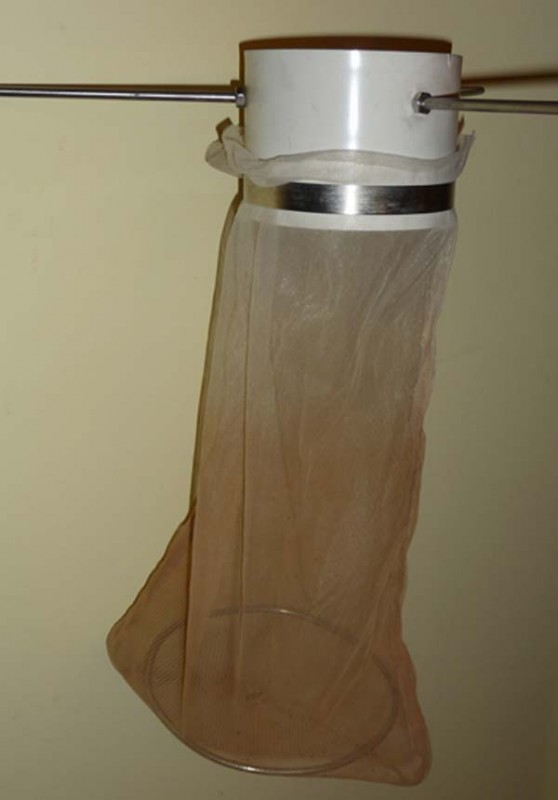 If an excessive amount of hop sediment makes its way into the fermenter, there is the risk of imparting unappealing grassy notes in your beer. The simple solution is to put each of your hop additions into a hop bag to prevent the hop matter from being loose in the boil. This works great, but if you are dealing with multiple hop additions, it can become cumbersome to need 3+ hop bags for every brew day.

Hop spiders have become a viable solution, where the opening of the hop bag is suspended above the boil so all hop additions throughout the boil can be added to one hop bag, and easily removed when it’s time. Here’s a trick to build a hop spider for only $5!

Norman Lane took this idea one step further by creating a hop spider that allows the hops to move more freely in hopes of encouraging better utilization of the hops. This gadget simply takes a 1/4″ stainless steel rod and forms it into a loop. The loop is placed in the hop bag to keep the bag open and the hops moving around from the vigor of the boil.

Funkwerks, a saison-focused craft brewery in Fort Collins, Colo., has racked up more than its …More