Drip irrigation is a method of delivering water directly to the base of a plant which has many benefits including less evaporation, lower stress from variations in soil moisture, and improved plant growth. In fact, applying water slowly this way exceeds 90 percent efficiency where sprinklers and other methods are generally 50 to 70 percent efficient.

Hops are great candidates for drip irrigation which is why most commercial hop growers have converted their systems to work this way. So then why not do the same thing for your little slice of hop heaven!? Let’s get started!

There were a few different options to make this work and after talking it over with my buddy Scoundrel, it made the most sense to repurpose a bottling bucket since it already has a valve. 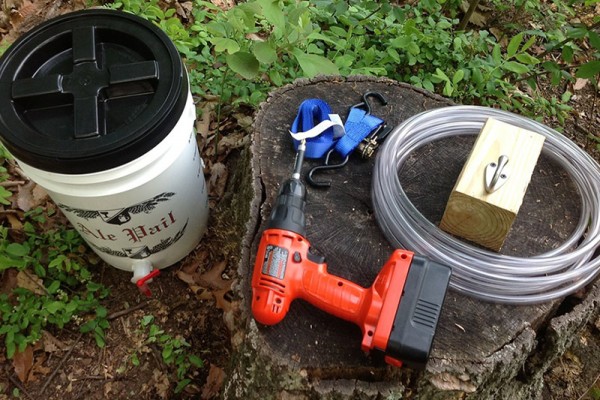 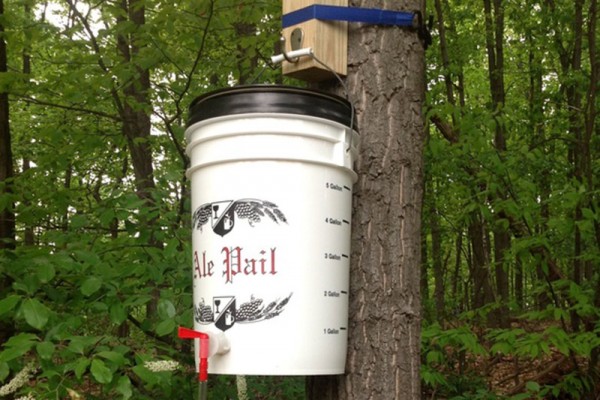 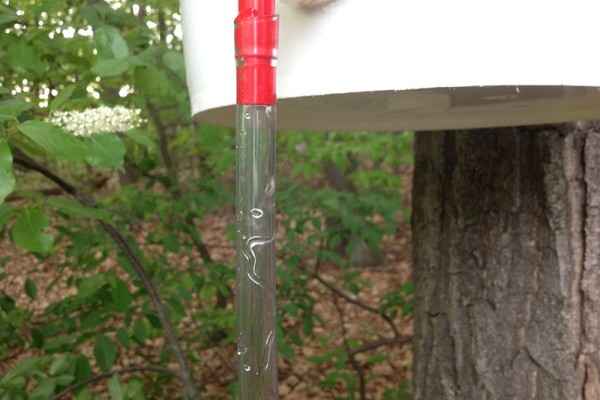 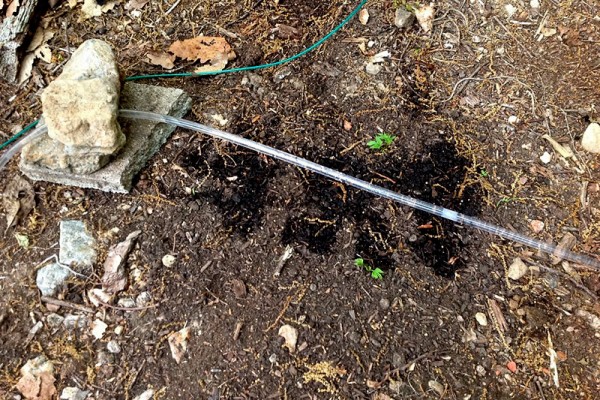 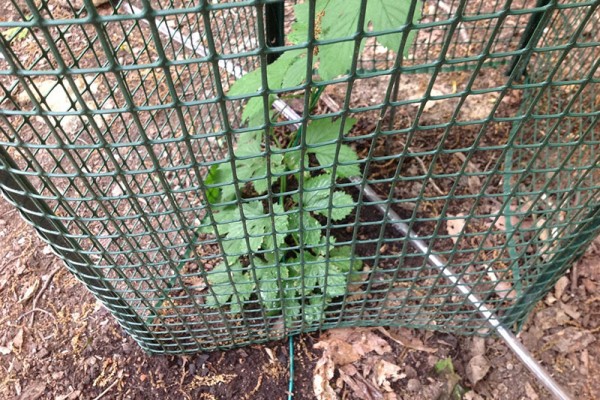 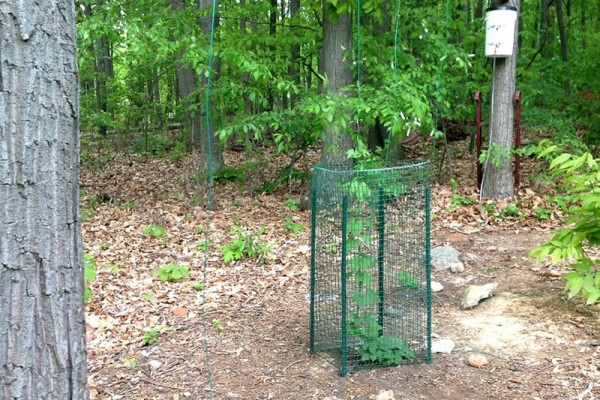 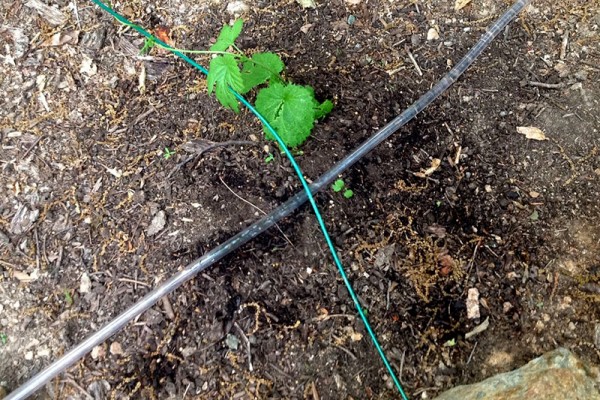 Because this system relies on gravity, I want to mount the bucket so the valve is at least a meter (3 feet) from the ground and still low enough that filling it is easy. At first I thought building a stand to support the bucket was the way to go, but ultimately decided that a $2 ratchet tie down would work great to attach it to a convenient nearby tree. This also makes adjusting the height very easy as I dial things in over time.
The rest is simple as well. I ditched the small screws that came with the decorative hook and used 2″ wood screws instead to attach the post section. The gamma seal lid keeps skeeters and other bugs out and also regulates pressure when unscrewed slightly.

The 3/8″ tubing fits right over the tip of the valve without the need of a hose clamp and the idea is to open the valve just slightly to get a small trickle going. You will need to clamp shut the other end of the tube. A siphon clamp works great, or the right size stopper will do the trick as well since there is not much pressure in the line.

I used a very small drill bit and decided to drill four holes about 2 inches apart over each hop area. This worked well to deliver a small amount of water that is controlled back at the bucket by the valve. The drips seem to be working nicely so far, although I’m still researching exactly how much water is ideal.

Tom’s original DIY article can be found on  BrewGeeks.com: “Drip Irrigation for Hops.”

Test your knowledge on growing hops in this week’s Tuesday Beer Trivia quiz. Growing your own …More