In this article, we will explore how four different wheat liquid malt extracts (LME) compare to each other, and of course to the Grain Snob’s all-grain brew. To get a fair comparison, they were all brewed to the same style, German weizen. The extracts were not chosen on how well they fit the style, but were based on availability. Some of the LME will do better in other beer styles and should not be overlooked if they did not fare well in this taste-off.

German weizen is a bready blond beer with a unique yeast profile that gives it a spicy clove and banana aroma and flavor. It can remind the drinker of eating a piece of banana bread, but usually not with any caramel or deep toasted notes. The malt is reserved, having a pleasant and inviting balance among the malt, clove and banana flavors. Weizens are simple drinking beers, so the alcohol level should be moderate; a beer connoisseur should be able to drink more than one glass.

The original gravity range from the BJCP guidelines is 1.044 to 1.052. Carbonation can be high and the head often extends above the rim of the glass. It is common for German weizens to be cloudy from yeast and protein in suspension, but krystal versions that are clear can also be found. For color, weizens are pale straw to deep gold. By German law, when brewed in Germany, they need to have at least 50-percent wheat malt to be called a weizen. 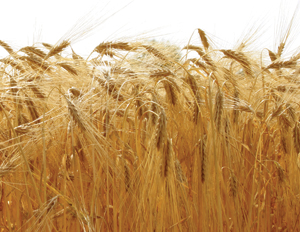 For the German weizen brew-off, the recipe was simple, with the brewing time for the extract beers taking just over one hour, not including cleanup and preparation. For malt, two cans of LME were used in each beer; no additional character grains or malt were added. The malt varieties for the extract beers included Coopers, Muntons, Briess and Alexander’s. The all-grain beer was brewed with German Pilsner malt and American wheat malt. The hop addition was the same for all five beers: 1.3 ounce of Mount Hood for 30 minutes. The only difference in all aspects of brewing after mashing is the amount of boil and cooling methods. All the extracts had 2 gallons of wort boiled and then cooled with the addition of cold tap water. To finish cooling them to proper pitching temperature, a wet towel was placed around the carboy.

The all-grain beer was a full 5-gallon boil. This did extract more hop bitterness. The original gravity of the all-grain beer was increased to match the first two extract beers’ gravity. It was chilled with a counter flow chiller to pitching temperature. In mashing the all-grain beer, it did become stuck and the mash bed was loosened up with whole hops, which transferred into the flavor of the beer.

Prior to tasting the beers, our preconceived thoughts were that the extract beers would not be as good as the all-grain beer, and the extract beers would all be similar while the all-grain beer would stand out. To make sure that all beers had an equal chance, they were poured into pitchers, given a number and then served blind at a Good Libations beer club meeting. All the members, which included three BJCP beer judges (Certified, National and Grand Master), filled out scoresheets on the beers. The results were shocking.

If you have never brewed a German wheat beer, they do take quite a flavor ride over their lifetime, with large swings when they are young. Initially at kegging, the all-grain beer was the best by far. No hop flavor was noted at kegging and just lightly at the first tasting. It grew to moderate levels at the second tasting. Alexander’s reminded us of a weizen bock at kegging, while at the tasting it did not have any bock character, but tasted like an American wheat beer with very light clove and banana character. Others were almost Belgian-like at kegging, a quality that completely disappeared at both tastings. The best advice is to taste them often and drink when you enjoy them.

In the following, you will find malt information from the manufacturer and compiled tasting notes with a ranking of how the beers scored on a 0 to 50 scale. They would be different with a change in technique or brewed to another beer style, so use it as a guide; it is not definitive. Most of the beers were judged twice in a fashion where the judges had no knowledge of the beer. The first judging was 10 days after fermentation was complete. The second judging was 15 days later.

This beer changed a lot in 15 days. The lemon peel flavor from the hops found prior is very low, now melding into a more pungent and sometimes spicy hop flavor. It has the best haze at the second tasting. The bitterness balance is off; it is too high, masking the malt, banana and clove flavor balance. This beer should develop as the hops continue to fade over time and come into balance.

Differences in profile from the first tasting are that the sweet-to-bitter balance is a touch on the sweet side, and now has brilliant clarity. It still draws the drinker into the second glass. Overall, the malt, banana and clove flavors are well balanced and intriguing.

Sulfur still found but at lighter levels. Clove aroma comes out at stronger levels with the decrease in sulfur. Banana esters are now found at a light level. Clarity is now clear, almost brilliant. Apple esters are also lighter. Overall this beer is out of balance, with the malt flavors not flowing with the yeast character. A good beer in its own right, just not a great German weizen. Look to other styles such as English summer beers or American wheat beer for this malt.

Medicine aroma was not noted at all during this tasting. Very light apple still noted. Overall the beer did not flow; it was a bit edgy with aspects of the beer fighting for attention, not melding together. Try this malt in an American wheat or try a different German weizen yeast strain.

Don’t let the low score fool you. This malt is just made for American wheat beer; it shouts through the German yeast saying that it wants to be an American wheat beer. It is all malt with 60-percent wheat malt and packaged in 4-pound cans.

Ted Hausotter is an award-winning homebrewer from Baker City, Ore. and the Mountain/Northwest regional representative for the Beer Judge Certification Program.

14 Hefeweizen Beer Recipes You Can Make at Home