This is part 3 in The Beer Off-Flavor Series by Drew Beechum. Catch Drew at …More

This is part 4 in The Beer Off-Flavor Series by Drew Beechum. Catch Drew at …More

This is part 5 in The Beer Off-Flavor Series by Drew Beechum. Catch Drew at Homebrew Con …More

This is part 1 in The Beer Off-Flavor Series by Drew Beechum. Catch Drew at Homebrew Con 2019 where he’ll be presenting “Brewing Simple: Great Beer with Less Effort and More Fun.”

Acetaldehyde is a compound formed during fermentation as a precursor to alcohol. It’s also a very common off-flavor in beer!

While it’s acceptable in subtle levels in some styles of beers (e.g.. American light lager), brewers typically set out to keep acetaldehyde undetectable.

Do you think you already have acetaldehyde? Jump down to the fixes. 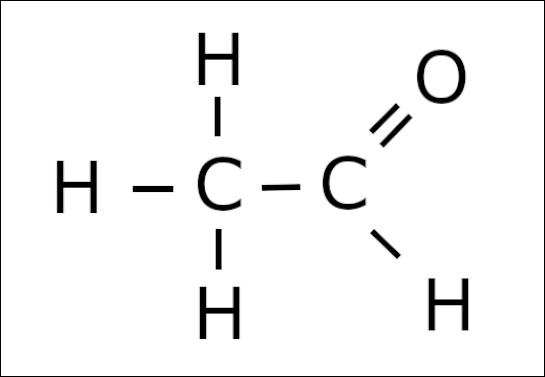 The formation of acetaldehyde is actually a natural part of fermentation. When yeast converts sugar into ethanol and CO2, a whole series of steps and transformations is required.

The normal process includes the transformation of pyruvate (the simplest alpha-keto acid, of course) to acetaldehyde and CO2. In a healthy, well-behaved fermentation, acetaldehyde is then converted into our buddy ethanol (alcohol!) while the remaining acetaldehyde remains at a “clean” level below human perception (about <5 ppm for lagers and <10 ppm for ales).

So, if you use yeasts that aren’t healthy and vital with plenty of glycogen, they’ll stop this acetaldehyde-to-ethanol conversion process well before reaching the “clean” threshold.

Solution: You want enough vital cells—that is cells with large glycogen reserves—to get through fermentation successfully and make your beer clean. Creating a healthy yeast starter will bring forgiveness for your other brewing sins. Simply start with the freshest yeast you can get. Make a starter, focusing less on the total number of cells you’re generating and more on the number of healthy cells you’re generating (explore making a vitality starter such as a so-called “shaken, not stirred” starter). Lastly, get some form of aeration going with your wort for better cells. You want enough vital cells with enough glycogen to get through fermentation successfully and make your beer clean! 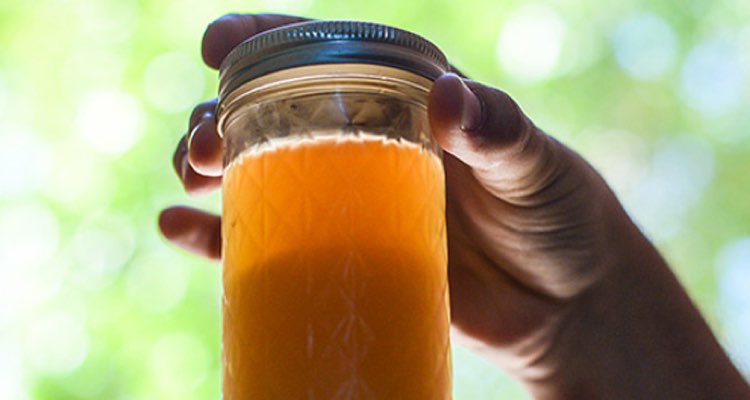 With many off-flavors, the best defense is simply a healthy pitch of yeast.

The conversion of acetaldehyde to ethanol during fermentation isn’t only hindered by poor yeast health. Rushing a beer through fermentation—e.g. cold crashing or racking early to get your beer packaged quicker—can also play a role. Yeast must be allowed to finish its job, or else you can run into a number of issues, including acetaldehyde.

Solution: Luckily, homebrewers typically deal with small volumes that can be turned around pretty quickly. Just start with healthy yeast, avoid accidental cold crashes, and allow the beer to ferment completely at the target temperature. A week or two is plenty of time for almost all of our fermentations.

Bacterial contaminants love to play merry hob and produce all sorts of off-flavors. Acetaldehyde is one of them. Contamination from unwanted bacteria can be introduced at any point in the brewing and fermentation process after the boil.

Solution: If you suspect your acetaldehyde issue is derived from contamination, review your sanitation practices. Ensure all equipment is thoroughly cleaned of debris and then sanitized if it will come into contact with the beer any time after the boil. Also consider replacing any equipment made of plastic or rubber that may be harboring bacteria in scratches and cracks.

While this is a relatively rare cause, there is a pathway during the boil that promotes formation of acetaldehyde. The chemistry is complex and involved. The tricky part is that the acetaldehyde binds with wort proteins, which makes it harder to remove.

Solution: The traditional means for preventing boil issues is a nice vigorous boil with a broad open kettle to prevent the return of any condensation to the wort. 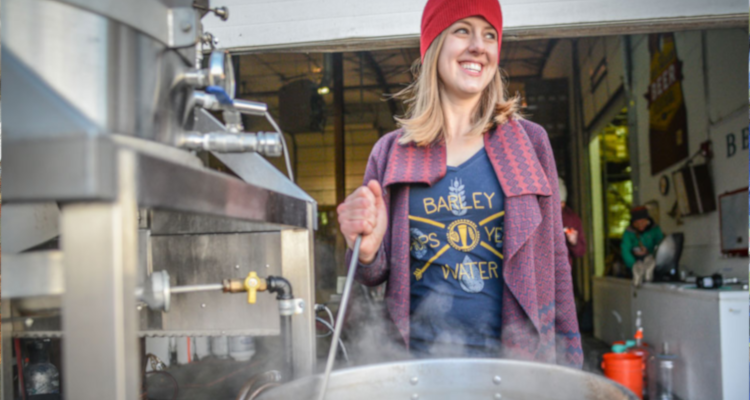 It’s best to prevent off-flavor formation from the start, but luckily in the case of acetaldehyde, there is an option for “cleaning” up your beer with various degrees of success.

Scrubbing: The goal of scrubbing is to “clean up” the acetaldehyde from your beer. First, you can try pitching some fresh yeasts cells into the beer to see if they pick up where the original yeast left off. With any luck, the new yeast will lower the level of acetaldehyde! Similar results can be achieved with a technique called kräusening.

If your beer is already in a keg, try hooking up CO2 to the keg’s “liquid out” post and gently bubble gas at about 3 psi through the beer and out the pressure relief valve for 5 to 10 minutes. Forcefully removing acetaldehyde and blowing it out of the keg might do the trick.

Keep an eye out for the next installment, Beer Off-Flavor Series: Chlorophenol.

Drew Beechum lives in Los Angeles, Calif. When not busy playing with computers for pay, he plays with beer. Drew is a member of the Maltose Falcons, cohost of Experimental Brewing, and coauthor of Simple Brewing: Great Beer. Less Work. More Fun.