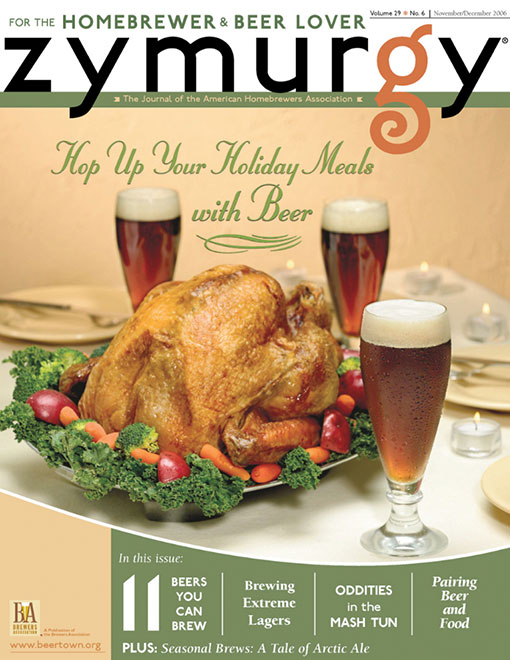 Check out the featured stories, such as Beer and Food: A Match Made in Culinary Heaven, Cooking with Beer, Seasonal Beers: A Tale of Arctic Ale, Brewing with Food: Oddities in the Mash Tun, and Brewing Extreme Lagers.

Access this issue and 20 years of digital archives for $4.99/month

Beer and Food: A Match Made in Culinary Heaven

Beer is an inspiring companion to food, with its enormous range of flavors, aromas and textures. But pairing beer and food is not nearly as complicated as you might think.

An excerpt from the Dogfish Head Craft Brewery’s founder and president’s latest book, Extreme Brewing, explores one of the most recent trends in U.S. brewing.

Winter ales are special for many reasons, especially in the context of our collective brewing heritage. We take a look at one special special beer brewed with a ship’s crew in mind.

“This stuff really wants to be beer.” This is the author’s standard response to brewers’ questions about offbeat ingredients they are planning to sneak into the mash tun.

Recipes in this Issue

Dave brewed his first batch in 2009 and started writing about beer soon thereafter. In addition to geeking out on beer and language, Dave enjoys hiking, traveling, and other gerunds as well. Email Dave