How to Make Apple Cider Vinegar at Home 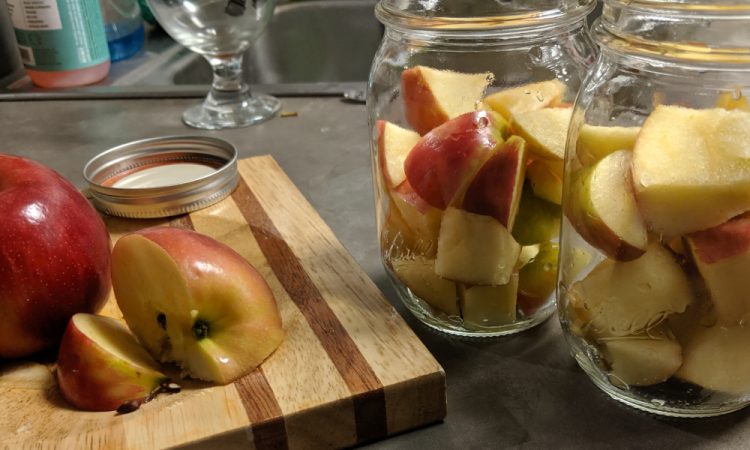 There are seemingly infinite uses for apple cider vinegar. An internet search turns up claims that it can aid in weight loss and boost antioxidant levels, but perhaps most importantly, apple cider vinegar can serve as the base for some incredibly tasty salad dressings and marinades.

Making apple cider vinegar is surprisingly easy and very similar to brewing kombucha or cider! We’ve created a standard recipe and a quick recipe version from Drew Beechum for you to try out yourself. This may well be the best use of a fermentation “gone wrong” you’ll ever make.

Here is what you’ll need to make apple cider vinegar at home:

Microbes will first convert the apple sugars into ethanol (alcohol). Eventually, the dynamic duo of Acetobacter bacteria and oxygen will transform the ethanol solution into a perfectly tangy vinegar. The fermentation environment is the biggest difference compared to fermenting beer. Vinegar needs oxygen throughout the process, while beer is typically negatively affected by an open-air environment. 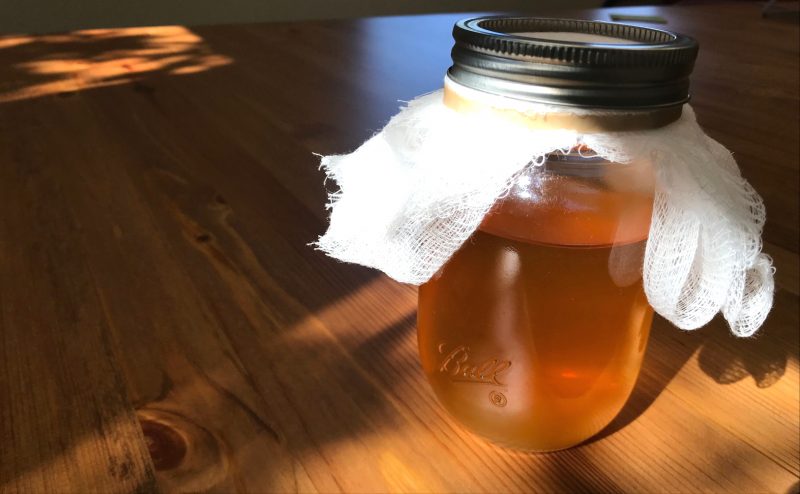 Sanitize glass jars, lids, and funnel. Any leftover sanitizer will ruin the vinegar’s flavor, so ensure the jars are thoroughly rinsed.

Sanitize the glass jars and lids. Any leftover sanitizer will ruin your vinegar flavor so ensure the jars are thoroughly rinsed.

Important: Raw, this vinegar will be brutally acidic. Dilute it with fresh, clean, boiled (or filtered) water to taste. If pasteurizing your vinegar, dilute with filtered water before you heat the vinegar.

Apple cider vinegar should be stored at room temperature, in a dark place, and tightly capped for the longest life. Neither recipe version needs to be refrigerated after initial use since the acidity level of the vinegar prevents bacterial growth. There is some speculation on the shelf life of vinegar, but a safe assumption is to discard it after 2 years if not used or if discoloration occurs.

For the most health benefits, most active users shake the apple cider vinegar container before use to ensure the mother is spread through the vinegar.