Those plants that are more important to the survival of man, or which have stimulating psychological effects upon him, are, in tribal and early Western societies, thought to incorporate a particularly powerful force.”  – Mikal Aasved, 1988

Unless you’ve spent some time in South America or follow Sam Calagione and Dogfish Head Brewery, you may not have heard of chicha. Chicha is an ancient beer traditionally made from chewed-up corn, saliva, and a few spices.

Similar to Belgian beers, chicha is not a single, homogenized drink – there are variations native to each region and group. In fact, other than the use of corn, chicha can be made with different ingredients such as manioc (a woody shrub), wild fruits, cacti, rice and potatoes, among others, native to the particular region it’s brewed. Historians have recreated many traditional versions of the drink, while other modern drinkers tweak and experiment with the fermented beverage.

At the end of the day, it’s entirely up to you what to put in your chicha (and whether or not you want to chew or germinate the maize). The drink that follows is simple, light in body that primarily smells and tastes like corn with a slight farmhouse funk. 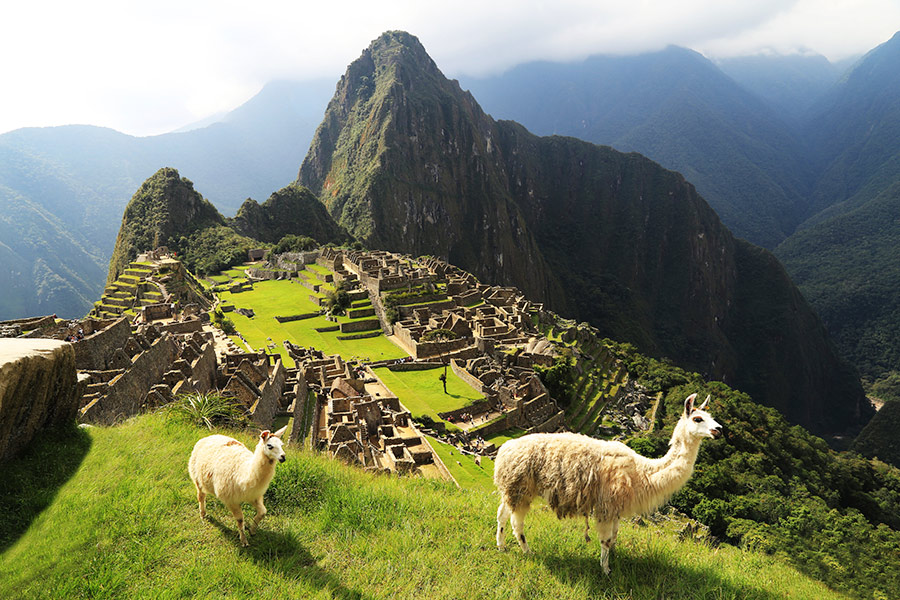 Chicha is an ancient beer indigenous to many cultures ranging from the Andes up to what is now the southwestern United States. Somewhere along history, either someone decided it’d be a good idea to chew up corn, spit it out, boil it and then ferment it in a clay pot for a few days until it was ready to drink or someone lost a bad bet.

The drink’s history dates back to around 5000 B.C.E. where there’s evidence of early pottery in the Andean region used as vessels to carry and store chicha. The drink soon played a crucial role in history and civilization. It became a cultural signifier for many Andean groups (i.e. Incas and Aztecs) and was not only central to many economies as a means of payment, but also became important for its intoxicating effects.

For many of the Andean groups, drunkenness was a way to spiritually communicate as well as develop a sense of community and togetherness. Sharing a drink with another person was seen as an act of friendship and understanding. Sound familiar? To better grasp chicha’s significance, we need only look at the Incan Empire for some answers.

Corn was a sacred crop for the Incas. Huge farms were dedicated to the production of corn, primarily powered by the demand for chicha, which was considered a sign of high social status. Recent archaeological evidence suggests that even some Pueblo tribes of modern-day New Mexico, long thought to be teetotalers, were making their own fermented corn drink about 800 years ago. So, arguably, chicha is the most original American beer you could drink. Sip on that idea for a while.

Today, chicha is still an important drink for many in Central and South America. After surviving centuries of Spanish colonial rule and oppression, the tradition of making, sharing and drinking chicha is a source of pride. It’s becoming known worldwide and brewers in many different countries are trying their hands at making their own modern version of chicha. Just like beer styles native to other countries, chicha has become a transnational identity for the Andes and South American region at large. Whether or not you want to drink a beer made from saliva is entirely different question.

Warning: You may experience dry-mouth during this process. Please chew responsibly.

Traditional Method: The first step to making traditional chicha is moistening the maize with water, rolling it into a small ball and placing in your mouth. Work the maize thoroughly with the tongue until it is completely saturated with saliva. The natural enzymes (ptyalin) from human saliva work to convert the cornstarch into fermentable sugar. Then, the chewed up corn (called muko) is dried out. You’ll use two pounds of the cornmeal for this step.

To make the beer, combine the dried out muko with the other pound of raw cornmeal along with any other additives you think would be tasty. For the recipe below, we use squash pulp and prickly pear cactus fruits, but you can use pineapple, cinnamon, cloves, strawberries or limes. Heat the three gallons of water to 150° F (65° C) and add it to your ingredients. Let it stand until cool.  Ladle out the top layer of liquid (called upi) and set aside. Next, scoop out the jelly-like middle layer (called misqui kketa) and cook in a pot on the stove until it turns a caramel-like color. While this is cooking, press the grains and other ingredients by using a strainer or a lid to strain the liquid from the grain. Add this liquid to the initial liquid you drew off (upi) and boil for an hour. Once the jelly-like middle layer turns to a caramel-like color, add it to the boiling liquid. Cool the final mixture to 70° F (21° C), pour into a fermenter and add yeast. Allow for fermentation to complete (about a week), siphon into bottles, prime and cap.

Modern Method: For those of you who don’t want to sit around for hours chewing up corn (we know who you are), use the following recipe. Crush the germinated corn coarsely and pour in the brewpot with 8 quarts of cold water. Sit and let sit one hour. Bring it to a boil, add the sugar, then lower the heat and simmer three hours (stirring regularly). Add whatever spices you desire at the end of the boil. In this recipe we use cloves but you can use anything from cinnamon to ginger. Remove and let it sit for one hour. Next, strain the liquid into a fermenter using a strainer, cheese cloth or any other method you prefer. Once it cools to 70° F (21° C), pitch the yeast and ferment at room temperature (between 60 and 75° F) for five days. Rack to secondary and ferment for one to two weeks until clarified. Bottle using 1 teaspoon corn sugar per bottle for priming. Finally, let it sit two more weeks after bottling before drinking.

How to Make Hard Kombucha